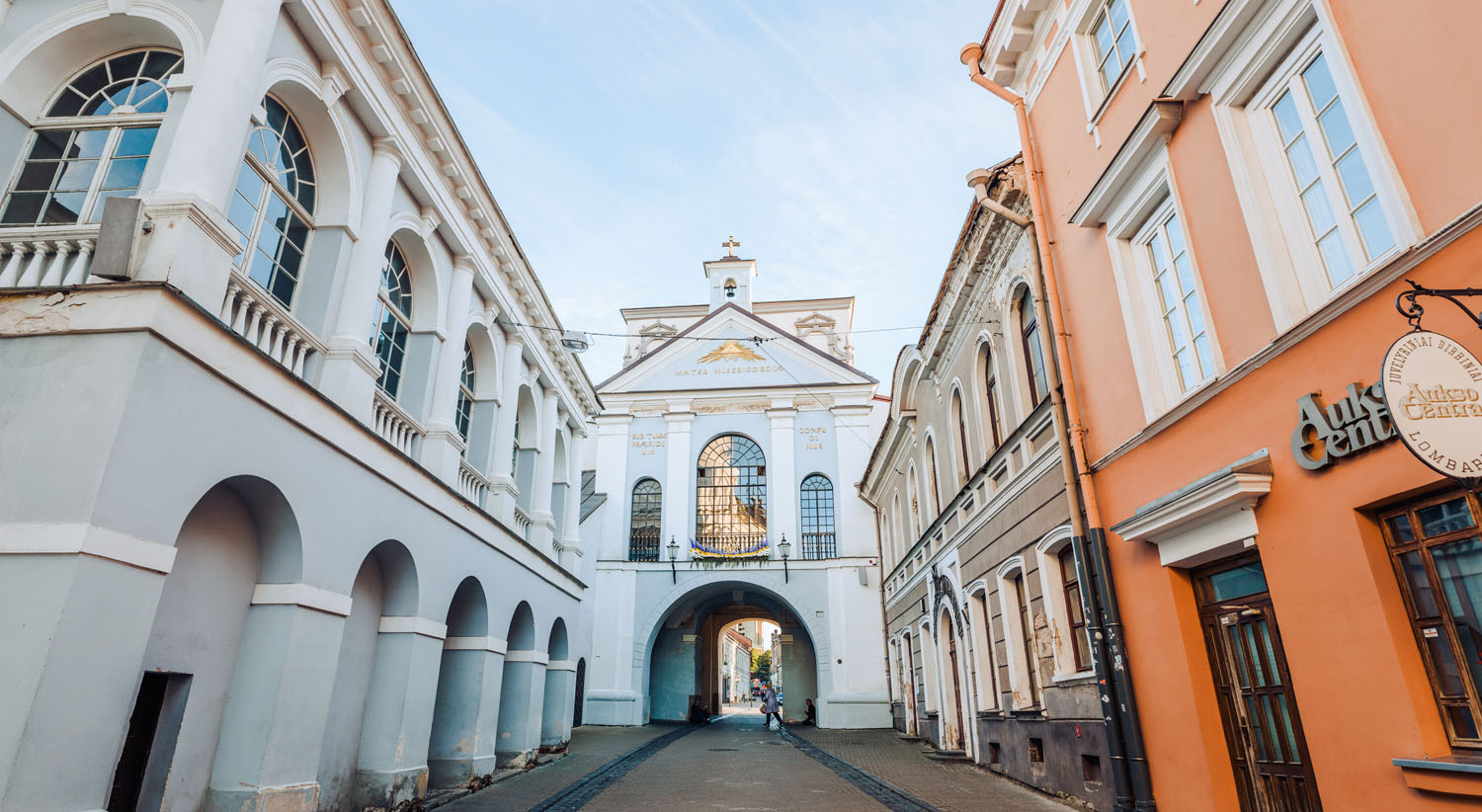 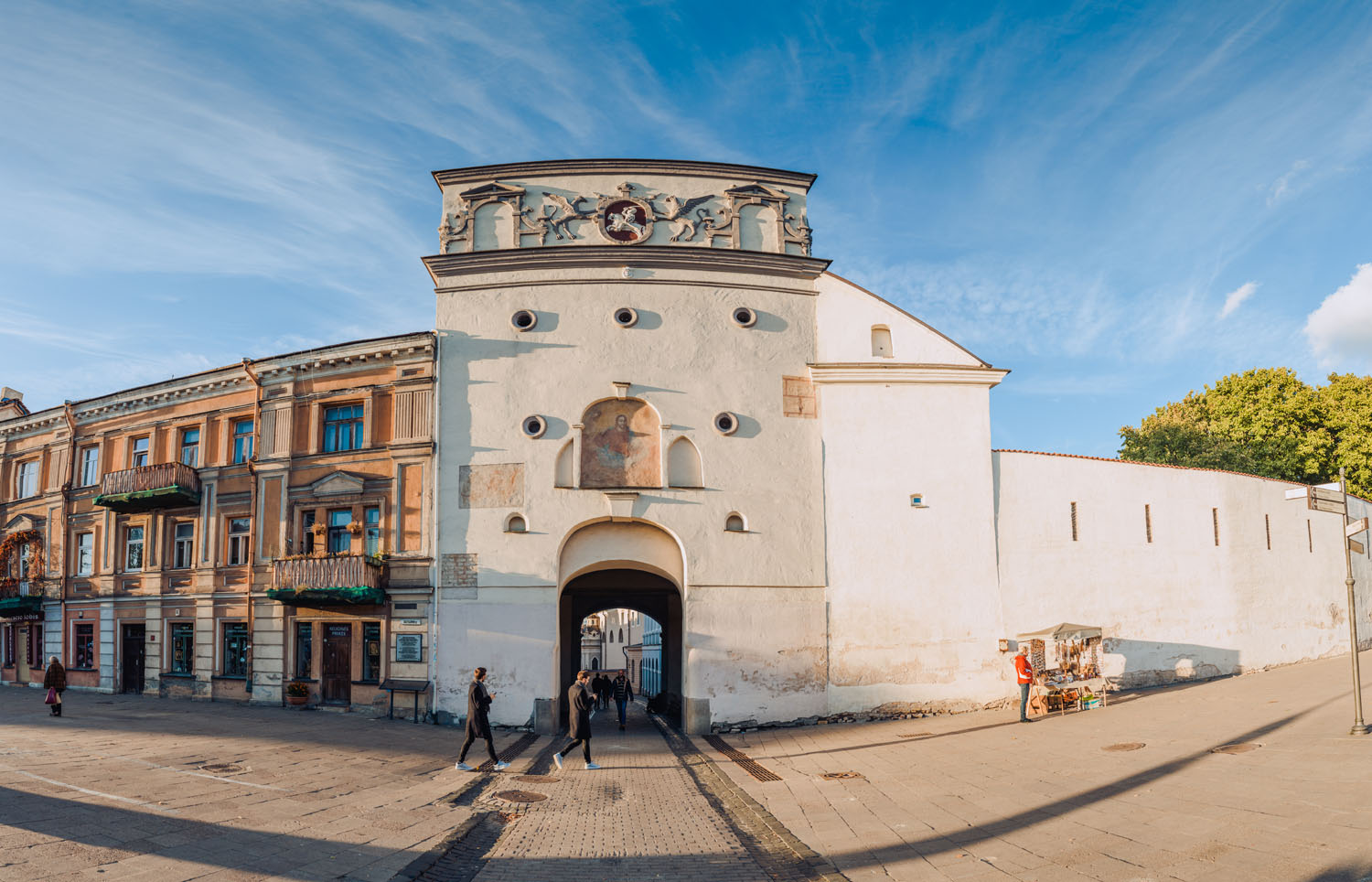 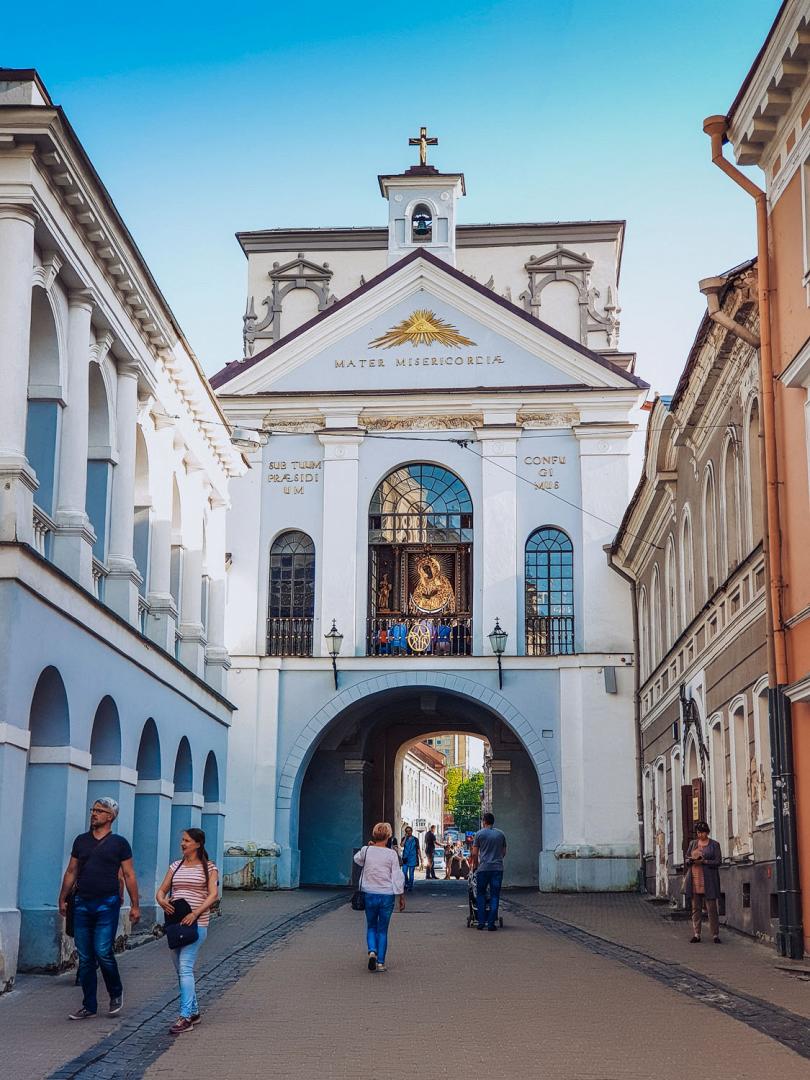 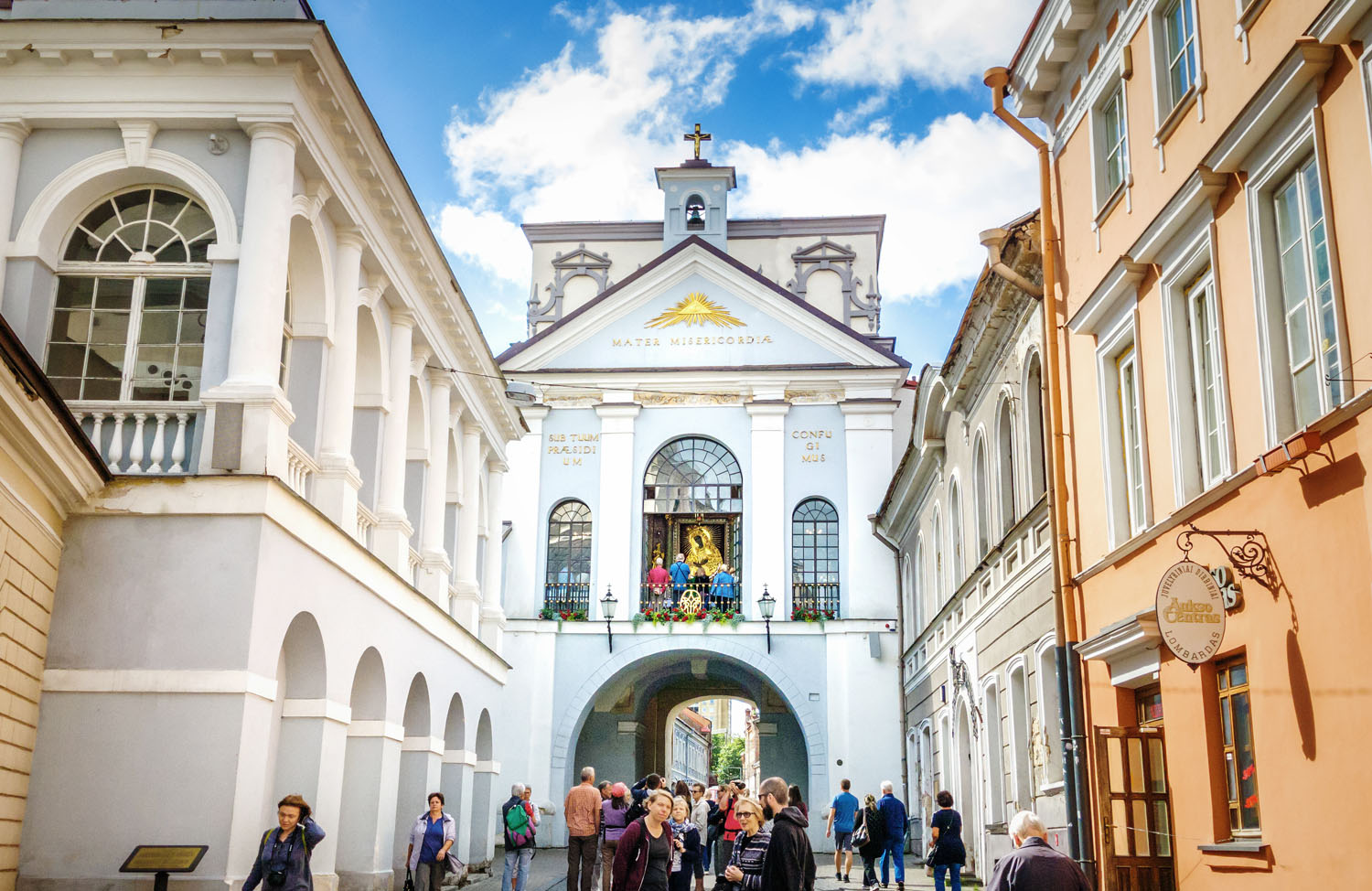 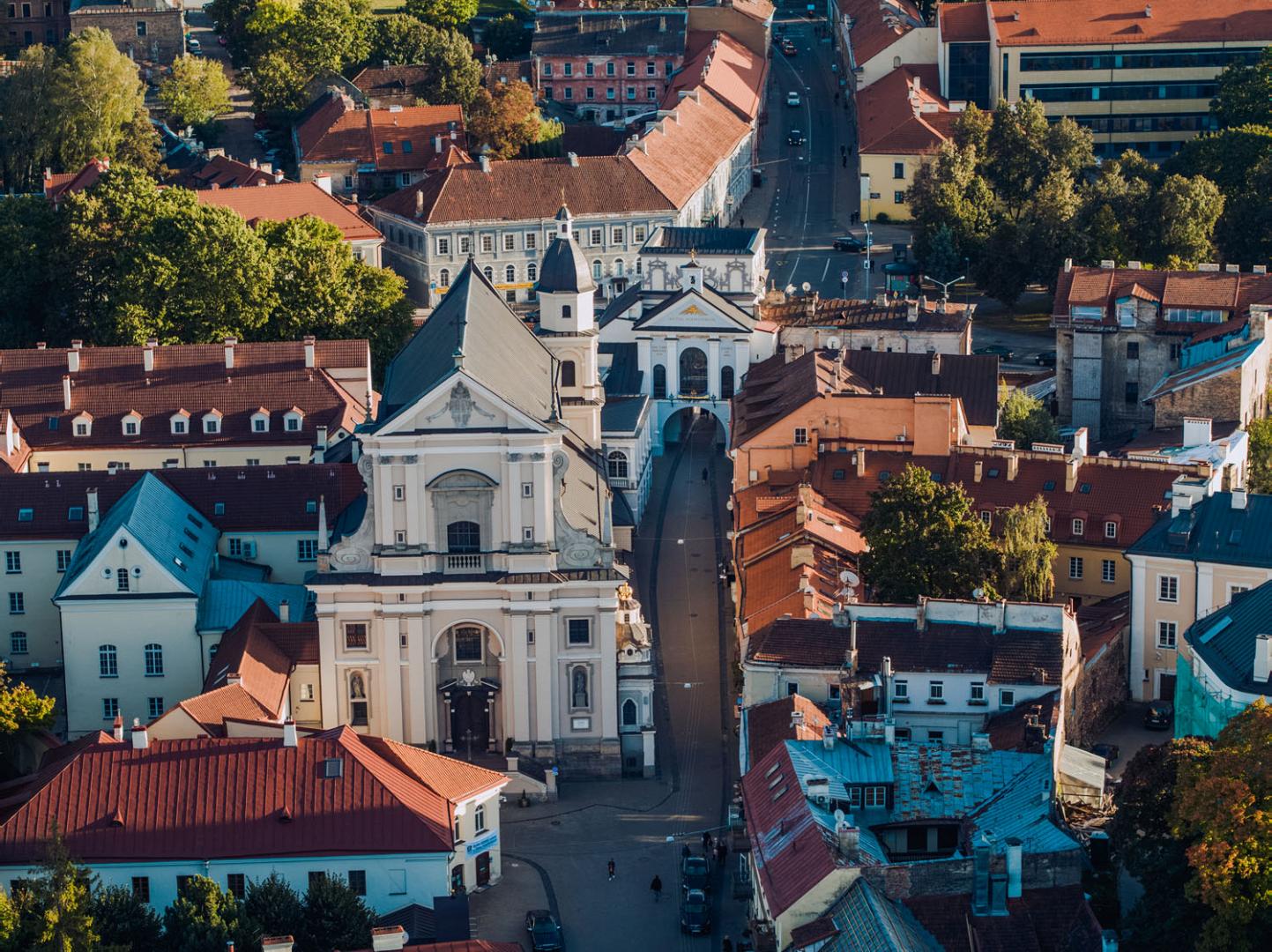 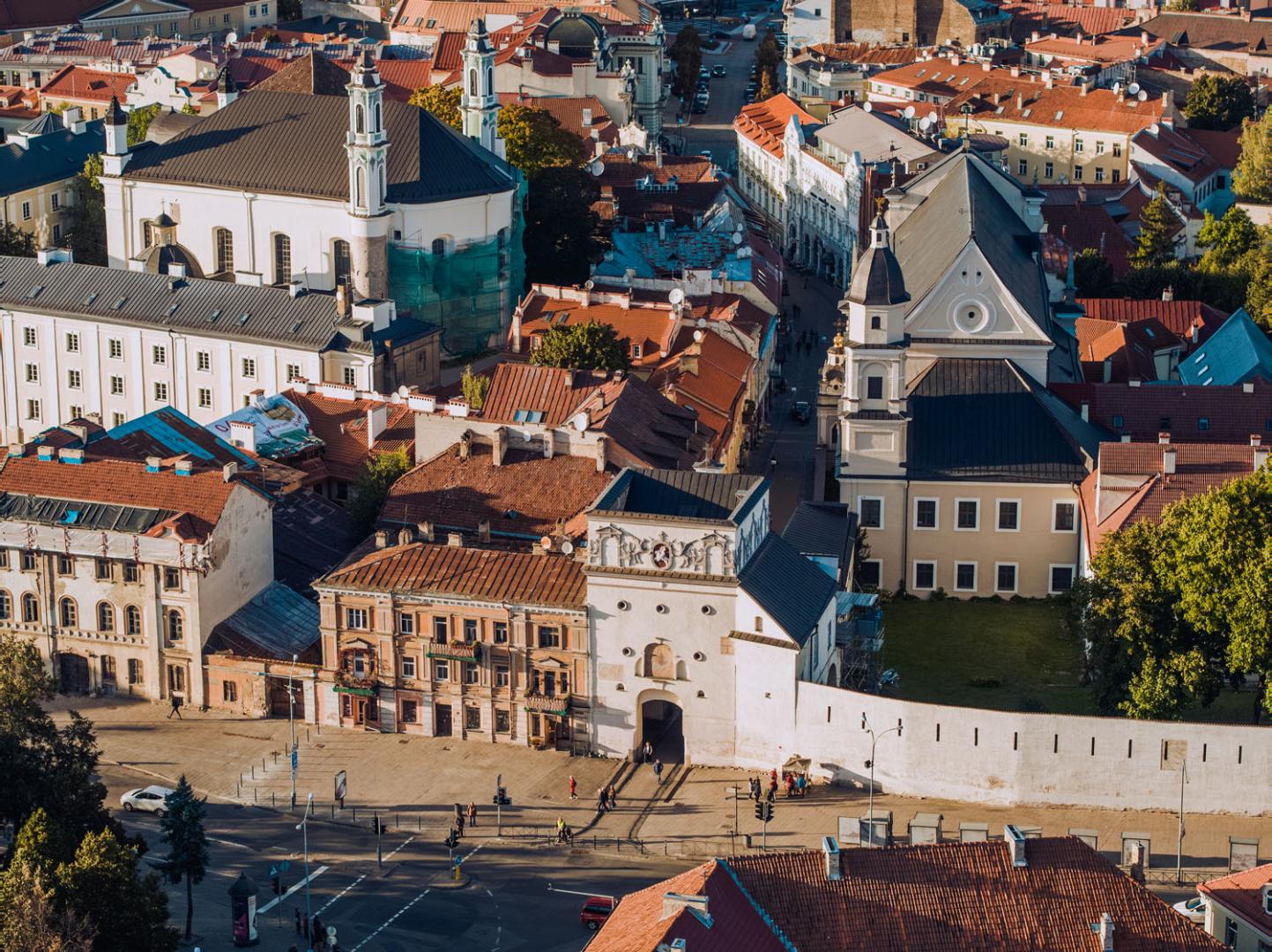 The Gate of Dawn is a city gate in the heart of Vilnius which made it a target for countless attacks. In 1799, the Russian Empire army destroyed the defensive city wall, but they didn’t dare to touch the Gate of Dawn. It is speculated they were afraid of the sacred icon. It is one of very few paintings of Virgin Mary not holding her newborn. Thought to be miraculous and worshipped for hundreds of years, it was originally a simple painting hanging in a wall niche, guarded from rain and snow merely by window shutters. So why did it happen, that even the mightiest armies would not lay their hands on this little chapel? Or what hasn’t happened? There is a story of a little boy who, at the mercy of Virgin Mary, miraculously resurrected after falling off the second floor. Another one is said to have been visited by angels that promised a great future. As the prophecy fulfilled itself, the now grown up child would regularly send in gifts, one of which- a necklace- still remains hung inside the chapel. A contrary destiny awaited sinners. For example, a Russian soldier, who scoffed at the painting and had intentions of ransacking the niche, was blasted away from the Virgin Mary image by an unseen force with such power, that only a stain was left of the man. No wonder crowds of the faithful gather here to this day. Of course, it is a lot easier done nowadays. Back in the day, the chapel could only be accessed from the monastery garden, and the laity, especially women, were denied. Yet, who can keep away the folks who come to pray for miracles? Precisely because of this, the chapel was later arranged in a way that one could glance at the miracle by merely approaching it on the street. Standing here right now? Descend 1800 steps towards the Cathedral.