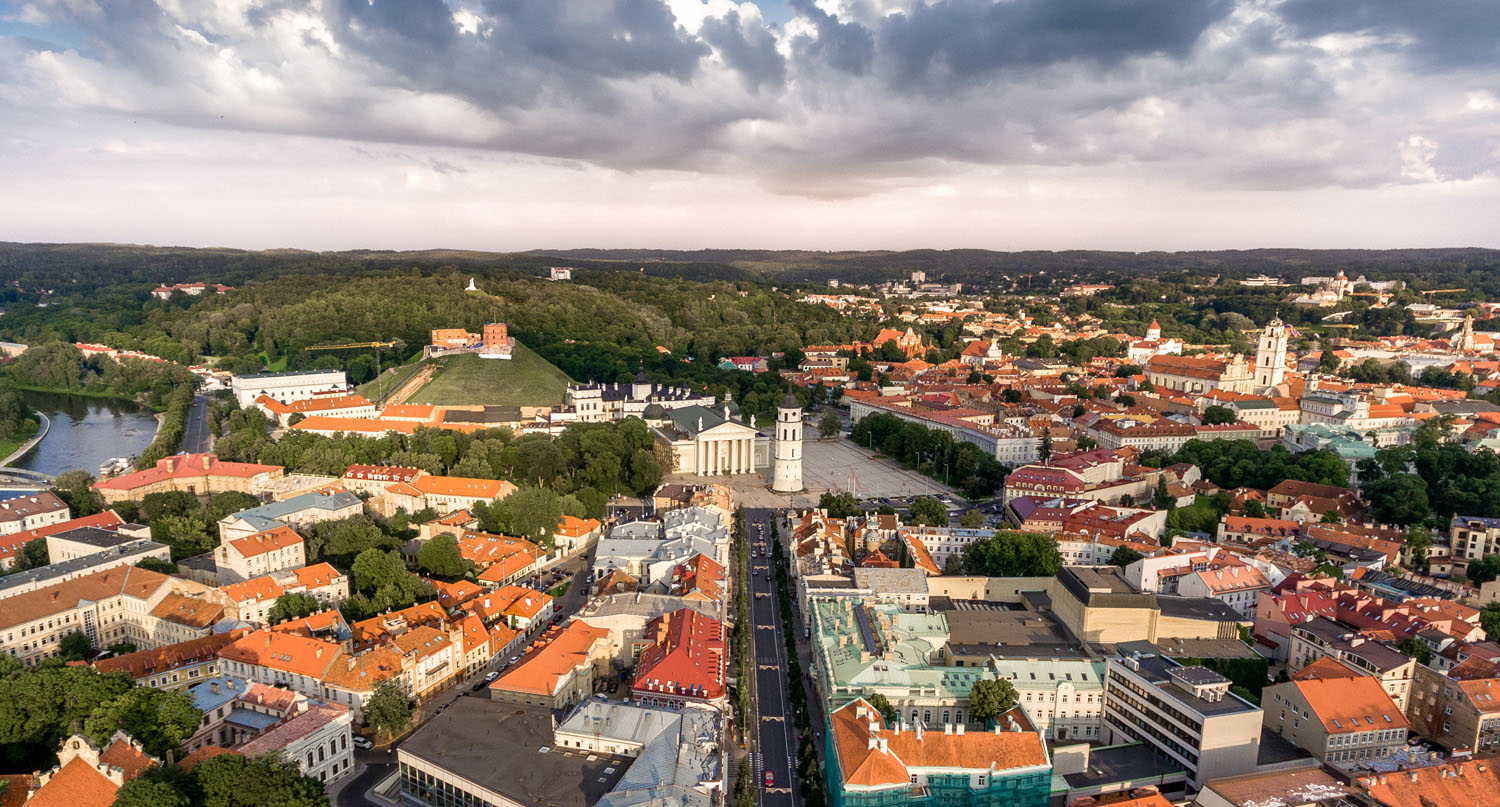 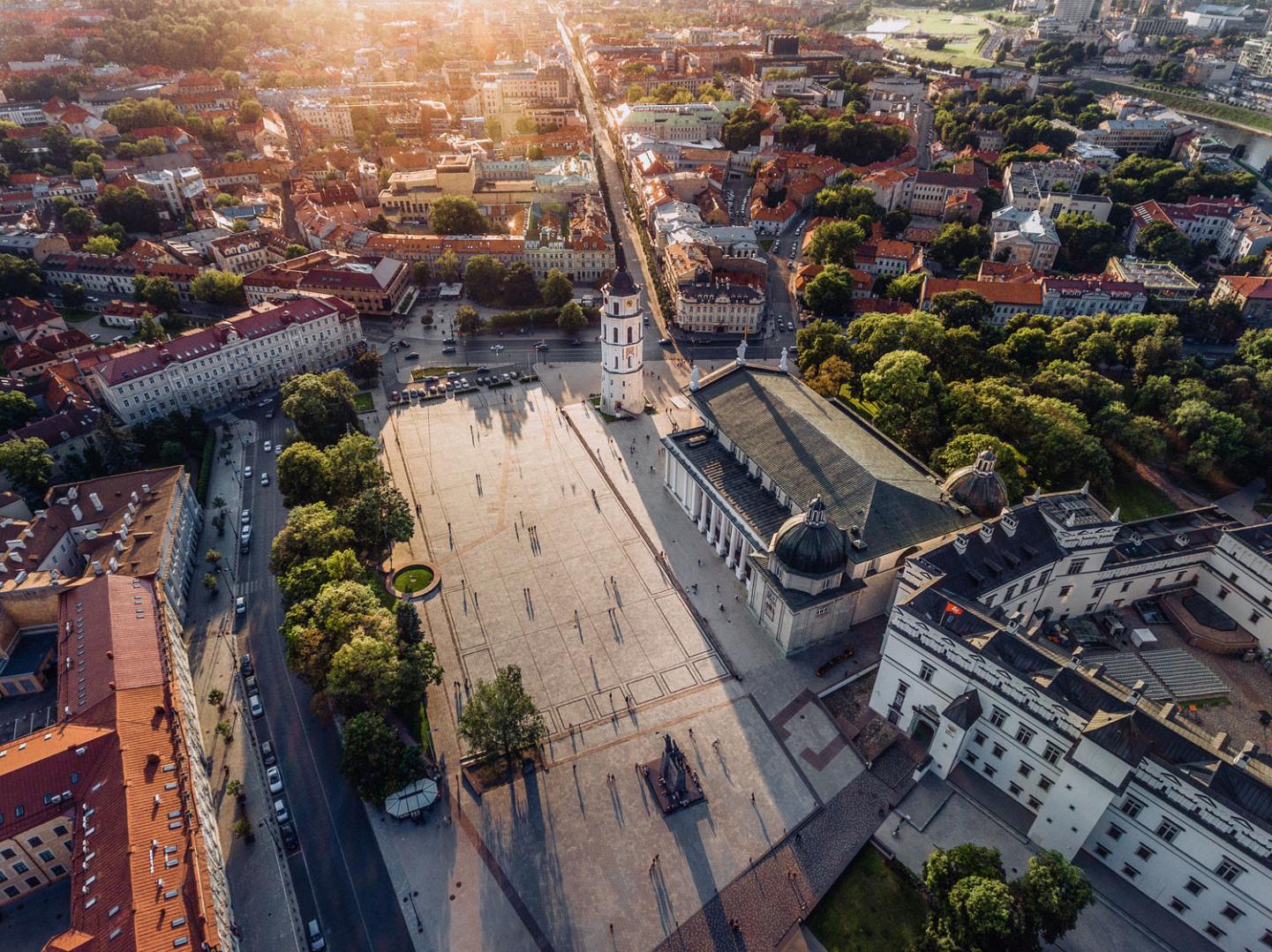 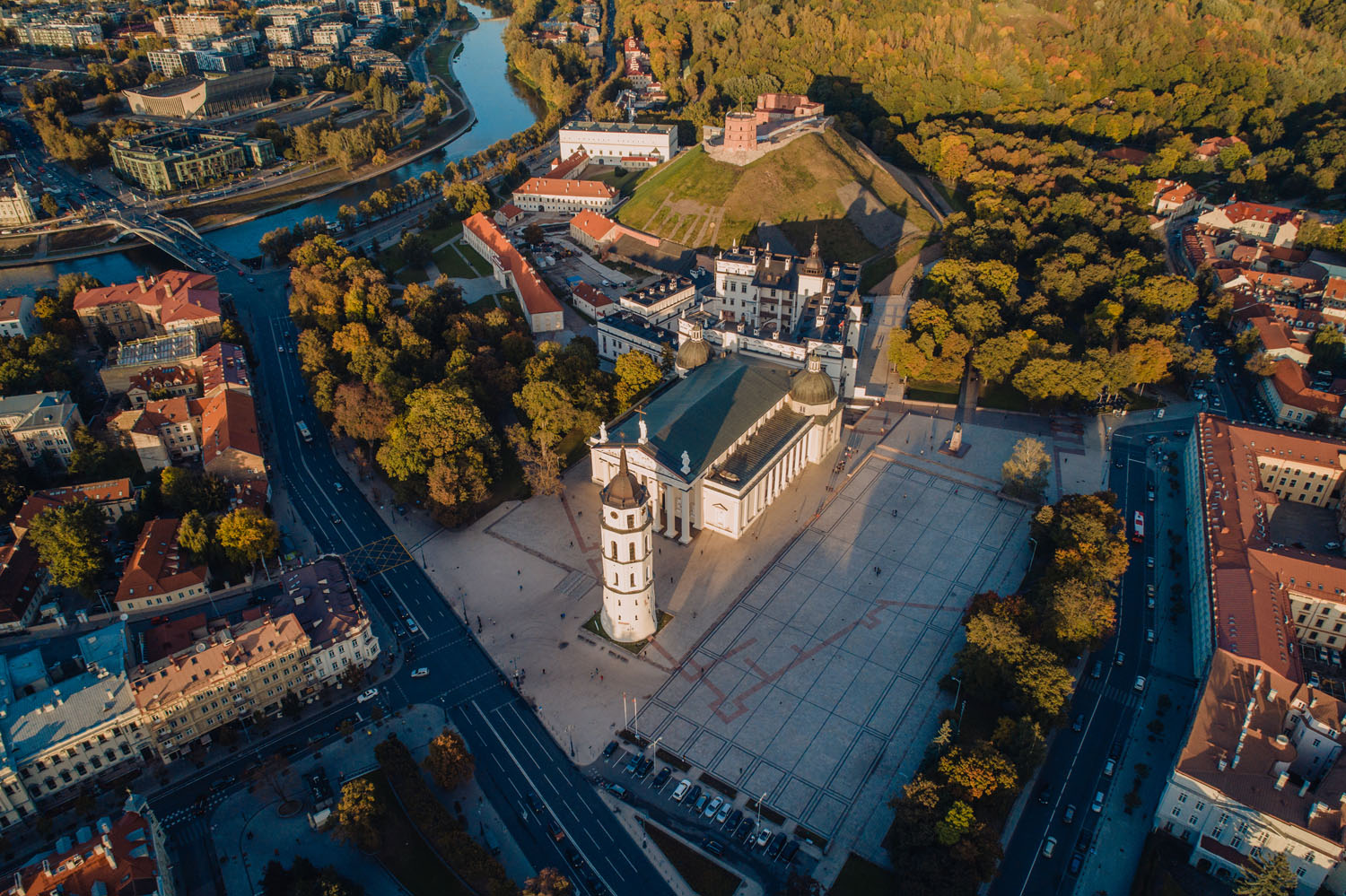 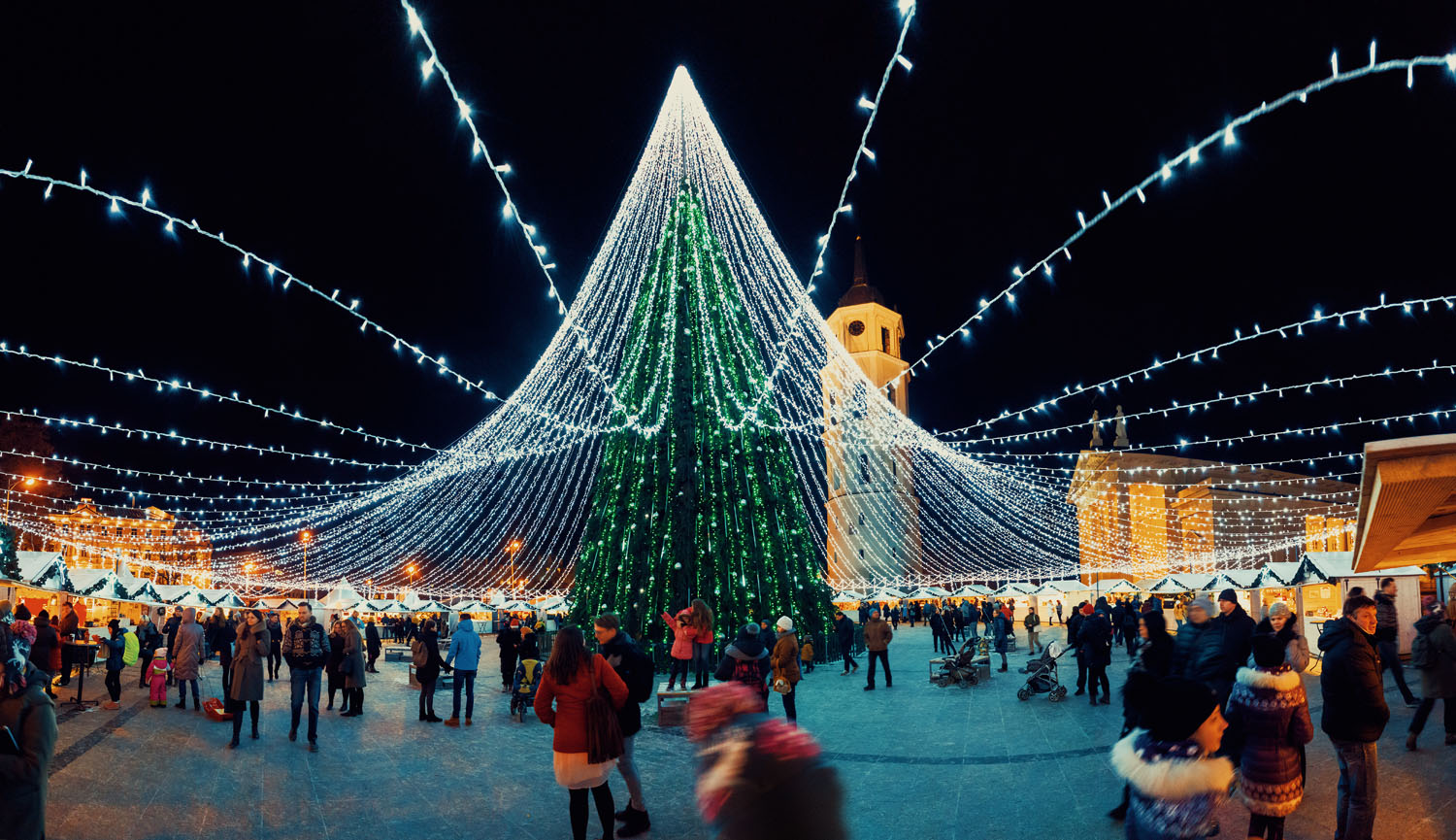 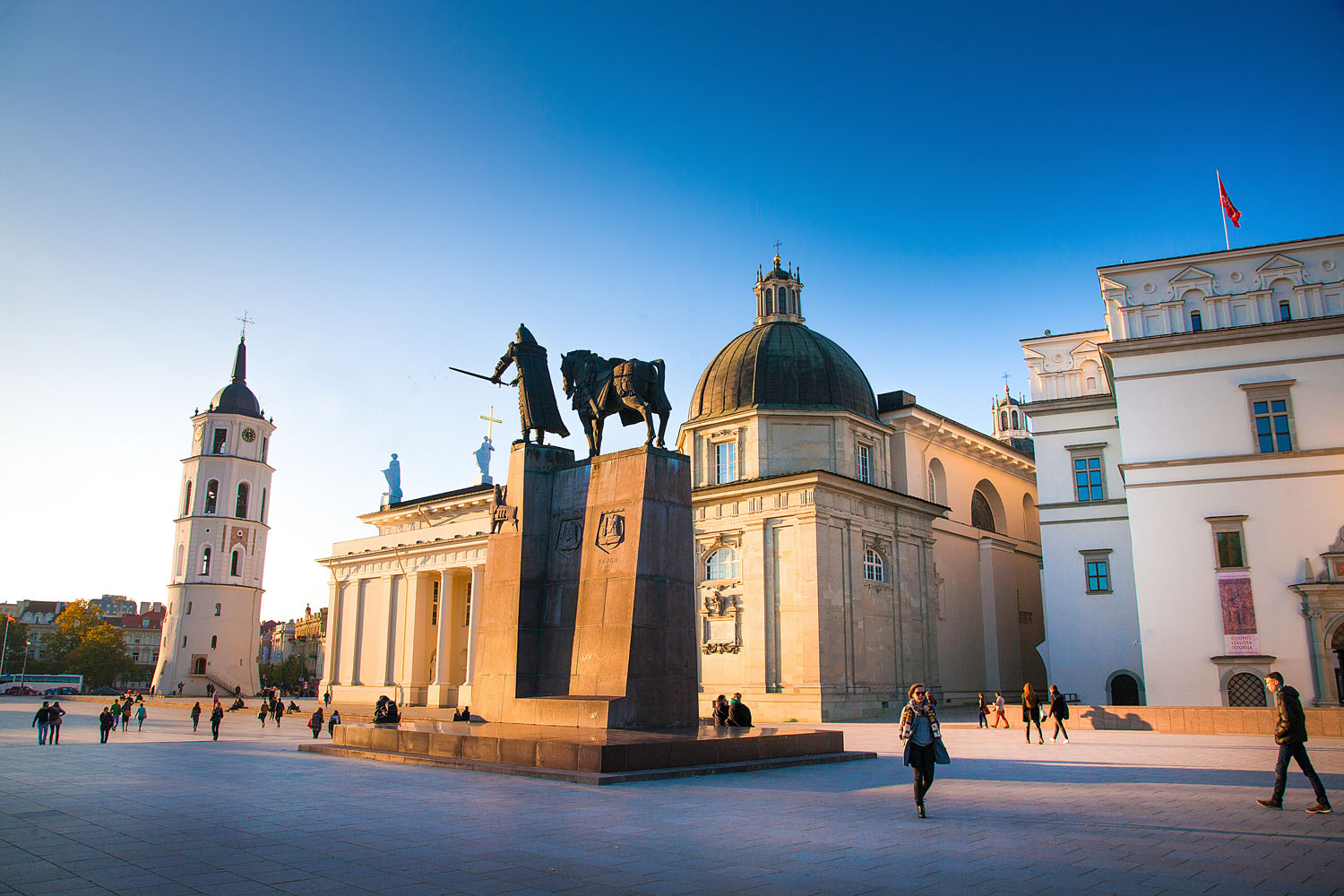 According to the legend, Gediminas, the ruler of Lithuania, was hunting in the Šventaragis Valley, where he then fell tired and stayed the night. As soon as he shut his eyes, a dream came to him that on the nearby mountain, a huge iron wolf stood howling at the moon. A wise prophet interpreted the dream this way: “The Iron Wolf symbolizes an insur-mountable castle and city that need to be built in this place.” The city built became the capital, and acquired the name of Vilnius. Just as the prophet predicted, the city withstood not only ancient battles, but also world wars and the Russian occupations. And now, at the site where the leader once conceived his dream, lies a square beside the Cathe-dral, with a statue of the howling wolf and Gediminas himself. Every day, the square is full of hustle and bustle, and many concerts and events take place on various occasions, such as the 2018 Pope Francis Consensus or “Sostinės dienos”, an annual celebration of the capital city. Just a few dozen steps across the square, and you will find yourself at the courtyard of the Palace of the Grand Dukes of Lithuania.