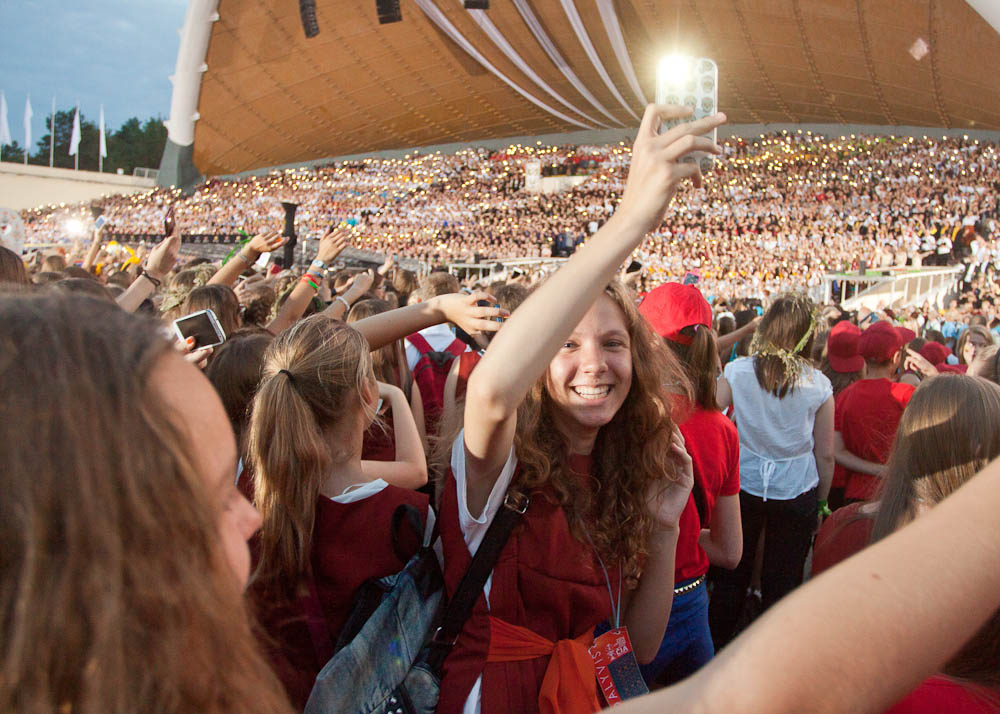 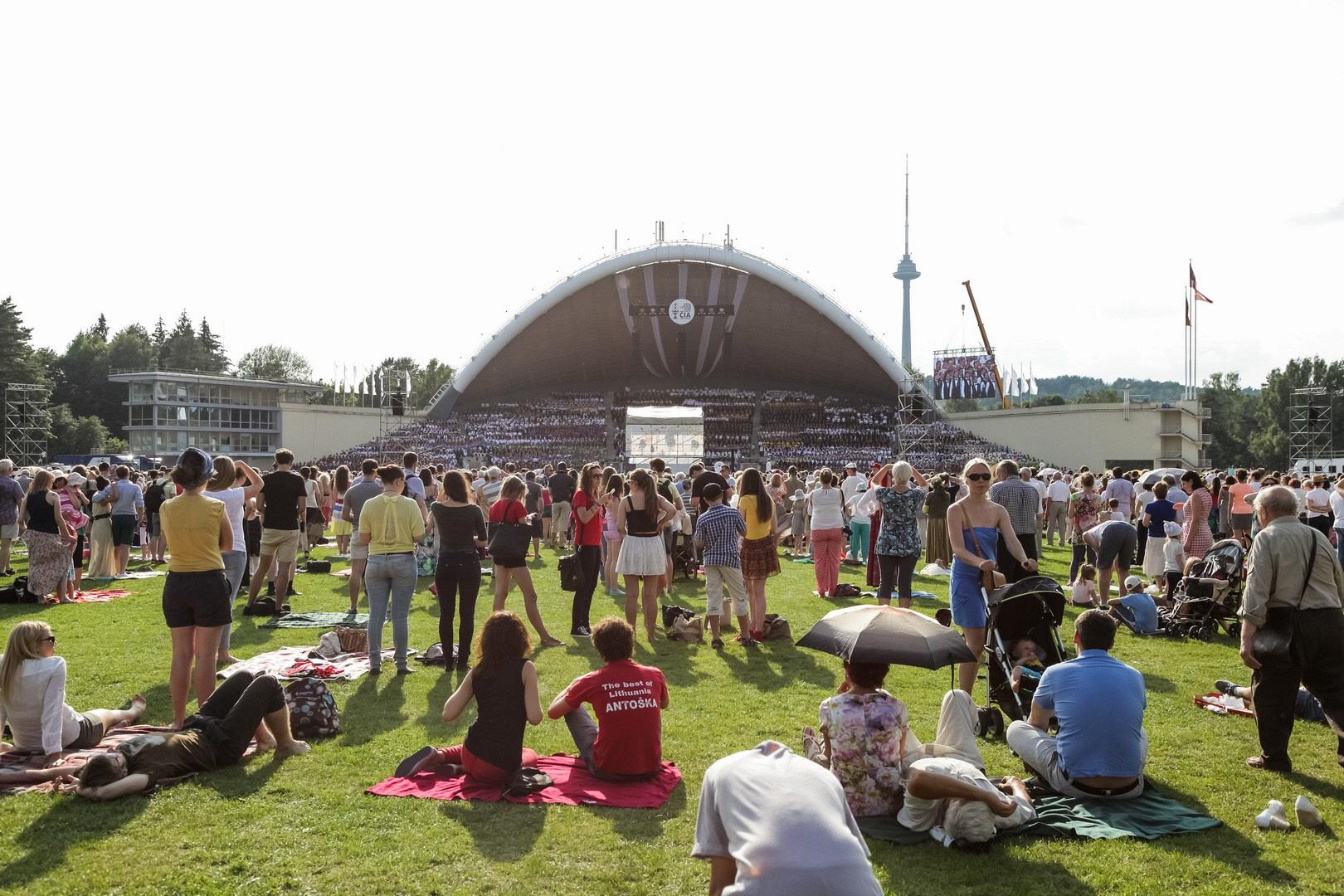 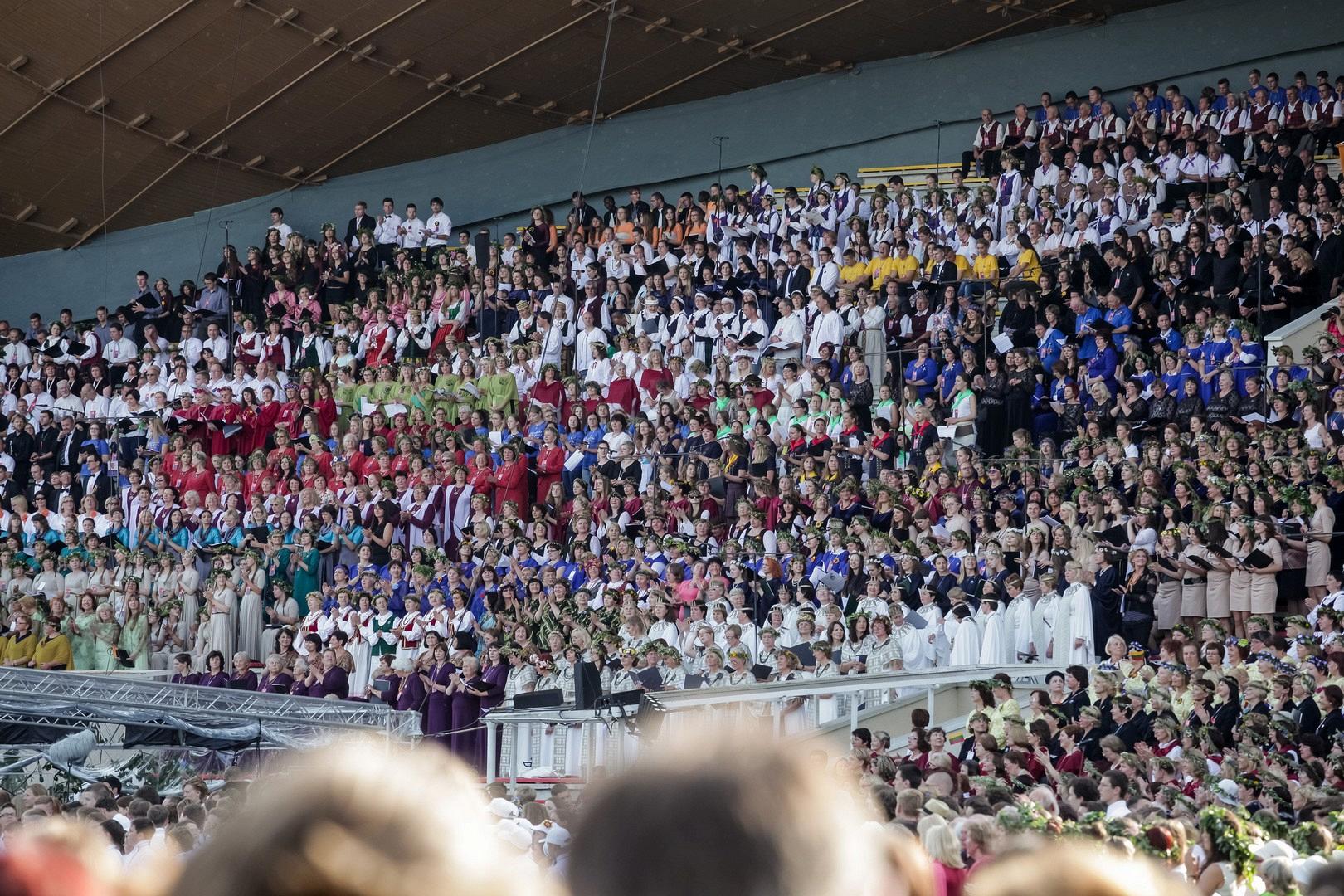 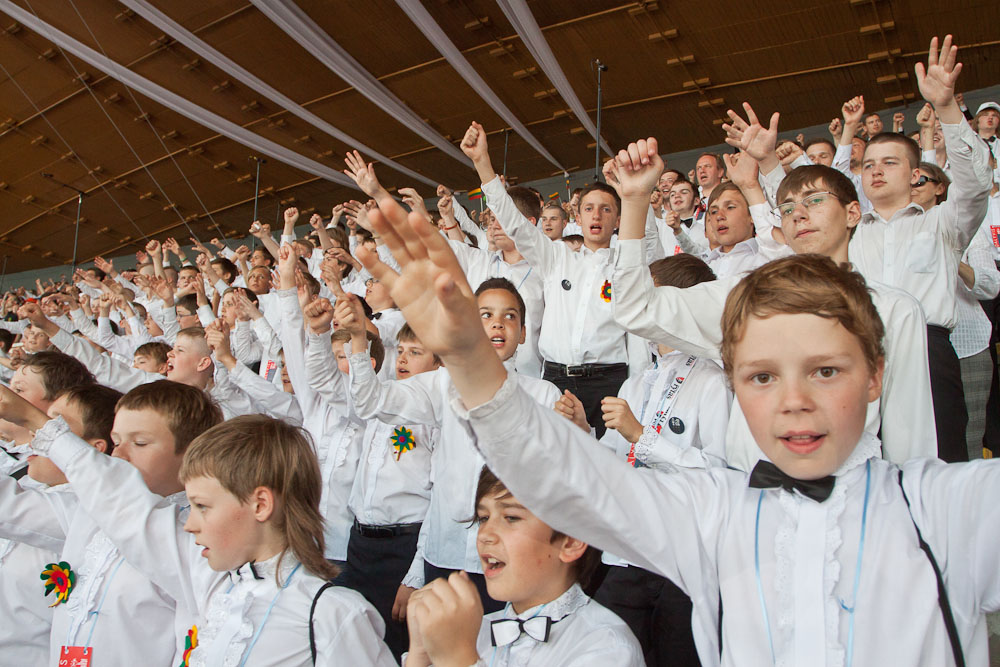 It is not just a festival. It is a cultural phenomenon in Lithuania. Even during the Russian occupation period, the Song Festival was like a secret weapon to support national identity and defend the ideas of independence. From a civic and political point of view, the tradition had stayed just as important to this day. Only now, we are not fighting for individuality, but protecting and celebrating it. Not surprisingly, it is here that Lithuanians living across the world meet. And we do not overemphasize in saying from across the world. Traditional folk songs as well as the accompanying dancing is performed by those returning from as far as Australia and New Zealand. To make it easier to imagine the scale of attraction, we state the following: the evening of ensembles consists of an average of 3,000 performers, and one ensemble may have from 10 to 70 members. And these are just numbers of participants. This distinctive and theatrical part of the Song Festival rounds up crowds of viewers so immense, that sometimes the evening program has to be performed twice. If only all wanting to participate could, the crowd would grow even larger. However, before the Vilnius event, many reviews are being held, in which only the strongest performers are selected. May all be invited, we would have to celebrate for a whole year as well as need another one to rest! Luckily, the Church of St. Francis from Assisi (Church of St. Bernard) is located very close to the Kalnai Park, where the great events of the Song Festival take place, so you will have enough energy to see it even after dancing it out at the Song Festival.