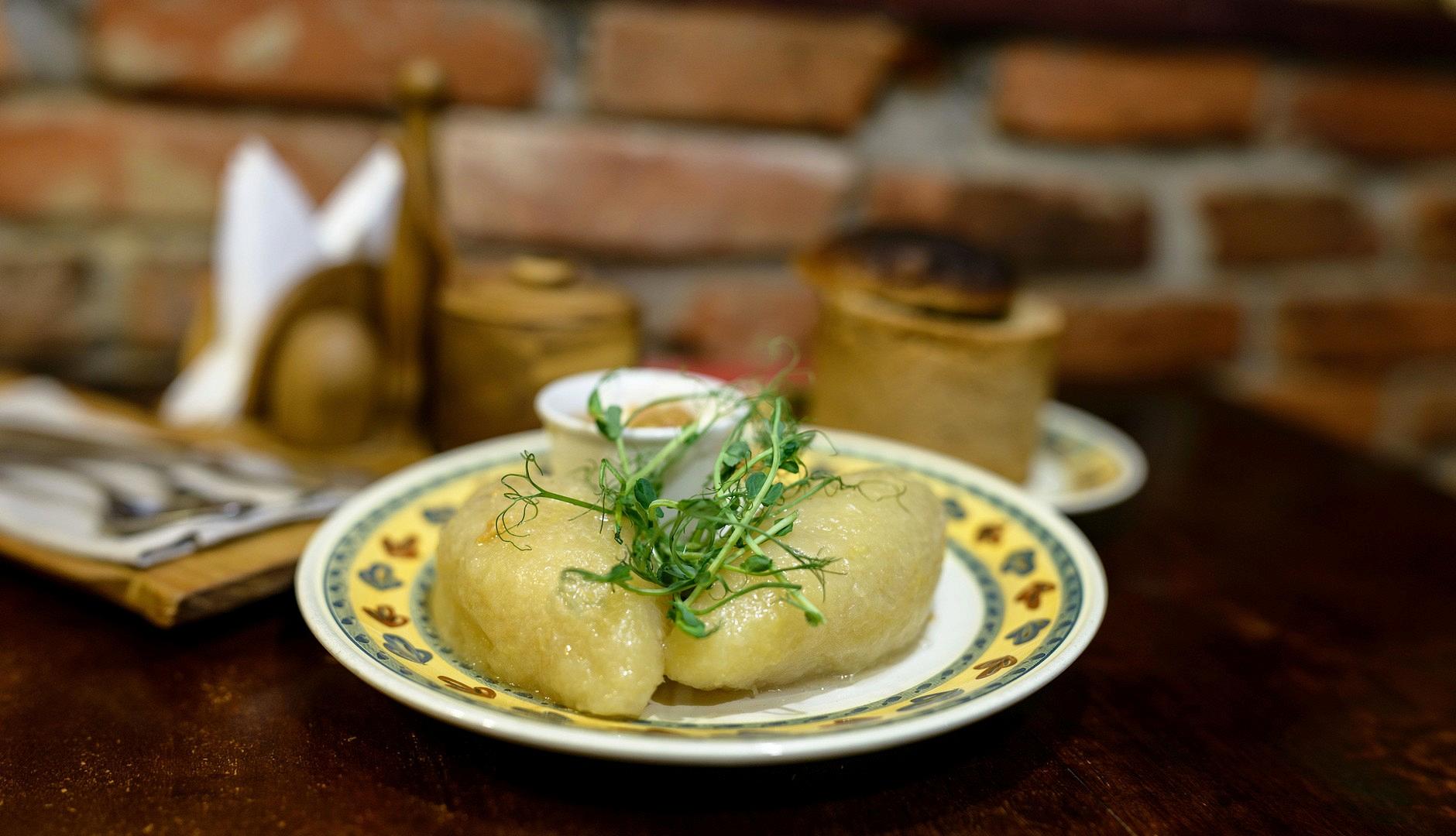 Foods of the Baroque period had pretty straightforward evaluation criteria: good food was fatty food. Not only did noblemen stuffed meat with meat, preferably salo, but even the flour-based dishes were fried in fat. Usually lard, and, more humbly, oil during times of fasting. Whenever they could, they ate the baroque way. Even the common folks tried to put up a baroque feast, was there a wedding to behold. We loved meat, and where there was meat, there were spices. Some say, that spices were used to hide the taste of spoiled meat. Slander! If you were to compare the prices of meat and spices, meat was so cheap, that it made a lot more sense to just get rid of it when spoiled. And yet it is true that the baroque cuisine involved a great deal of spices. The abundance of them in meals was seen as a sign of the nobleman’s wealth. Something like the amount of luxury cars in the garage these days. And now, the Lithuanian baroque table is represented by borsch, beef rolls (zrazai), stuffed pike, berries in a honey syrup and sugary dried fruits. How could we not mention cepelinai?! Have you had a chance to try them yet? It is a relatively recent Lithuanian dish, though its recipe is undoubtedly baroque. As we have already mentioned, baroque food is rich and filling. But you really don’t have to worry about your figure, as you will be able to easily walk off the calories in Vilnius.