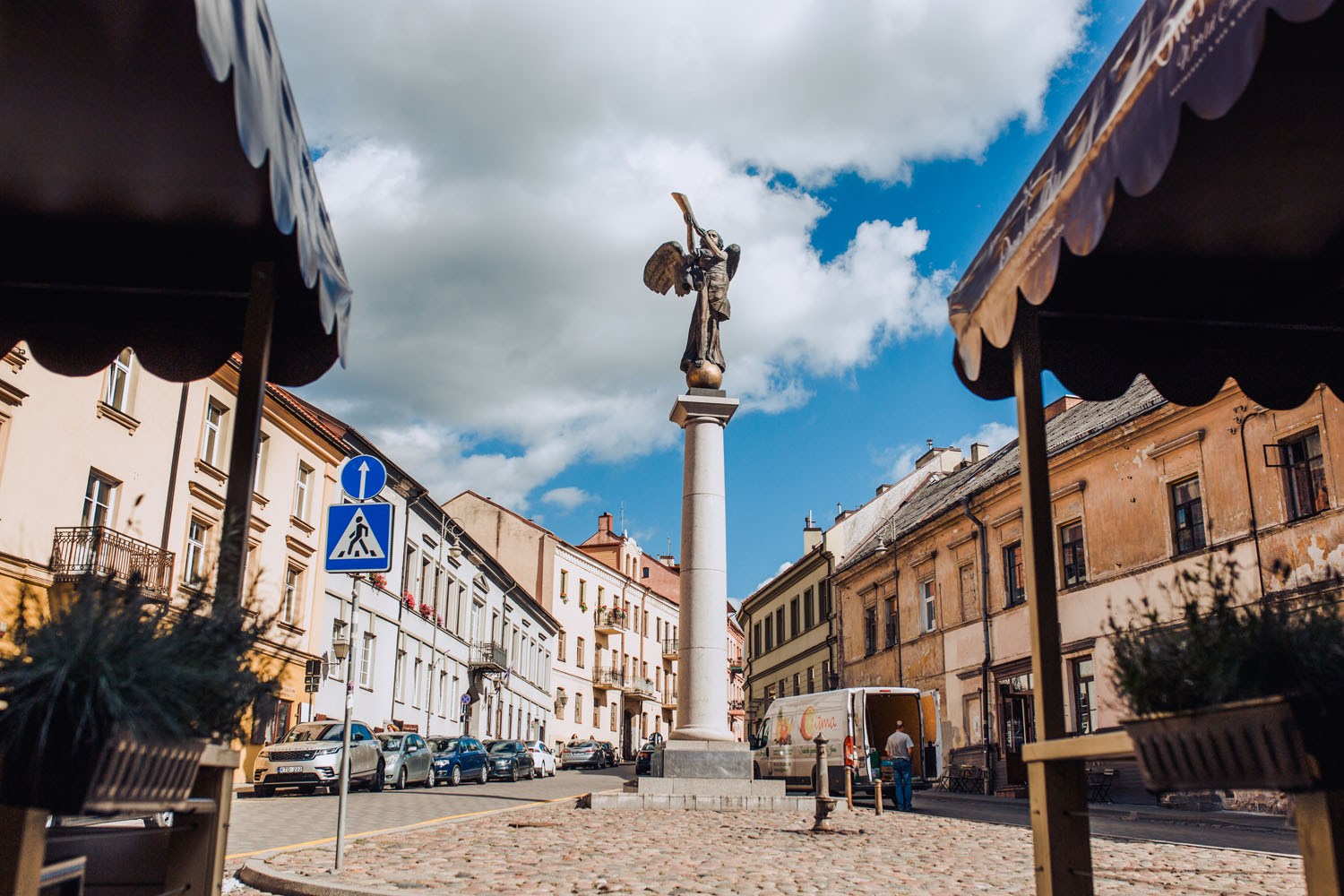 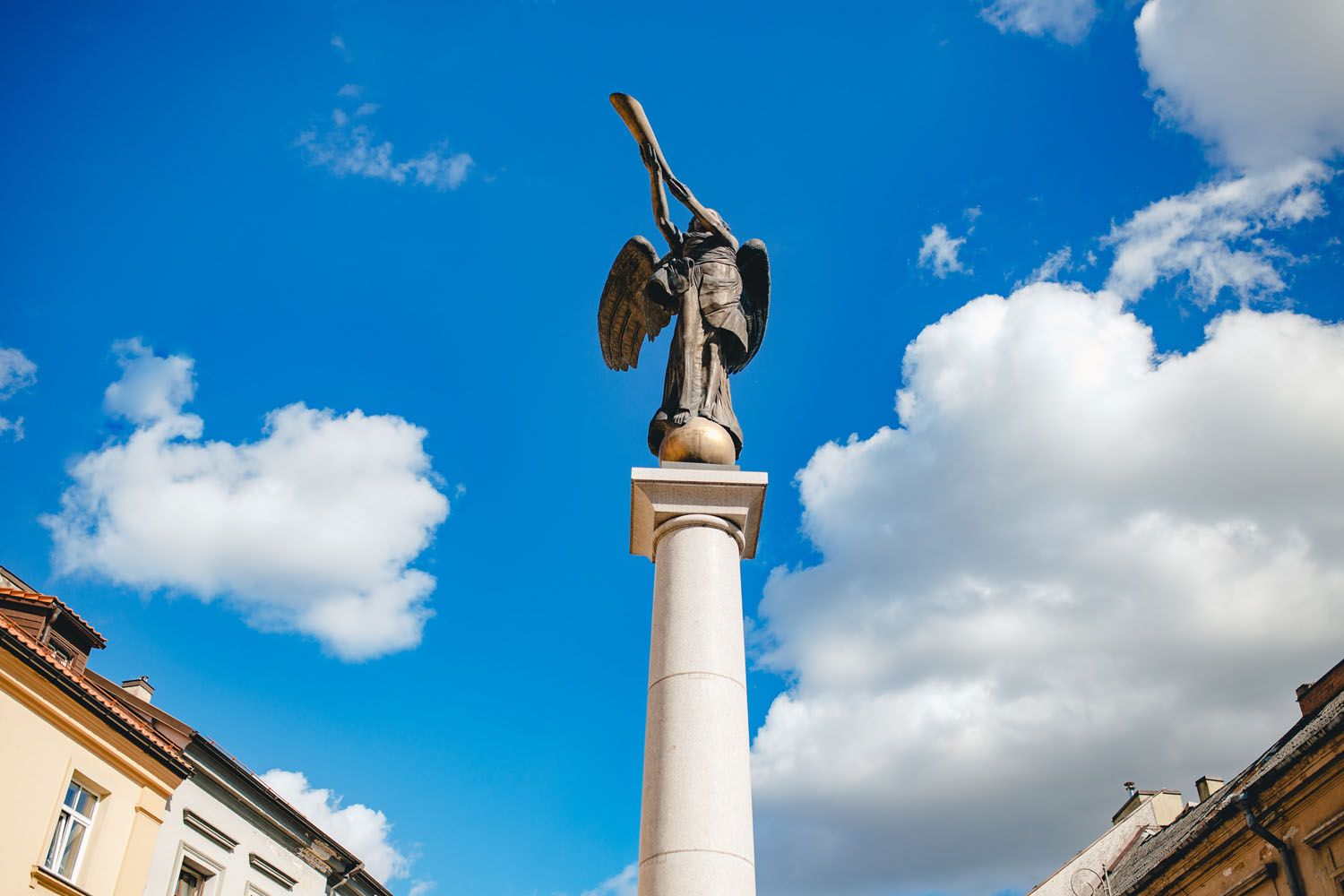 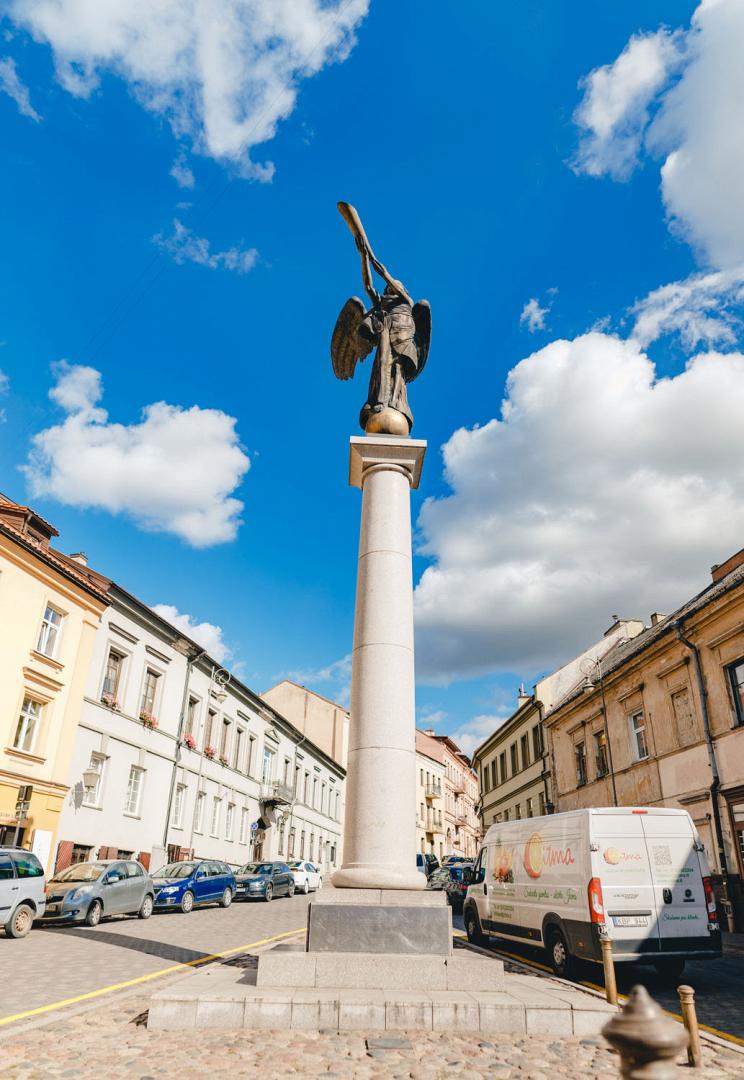 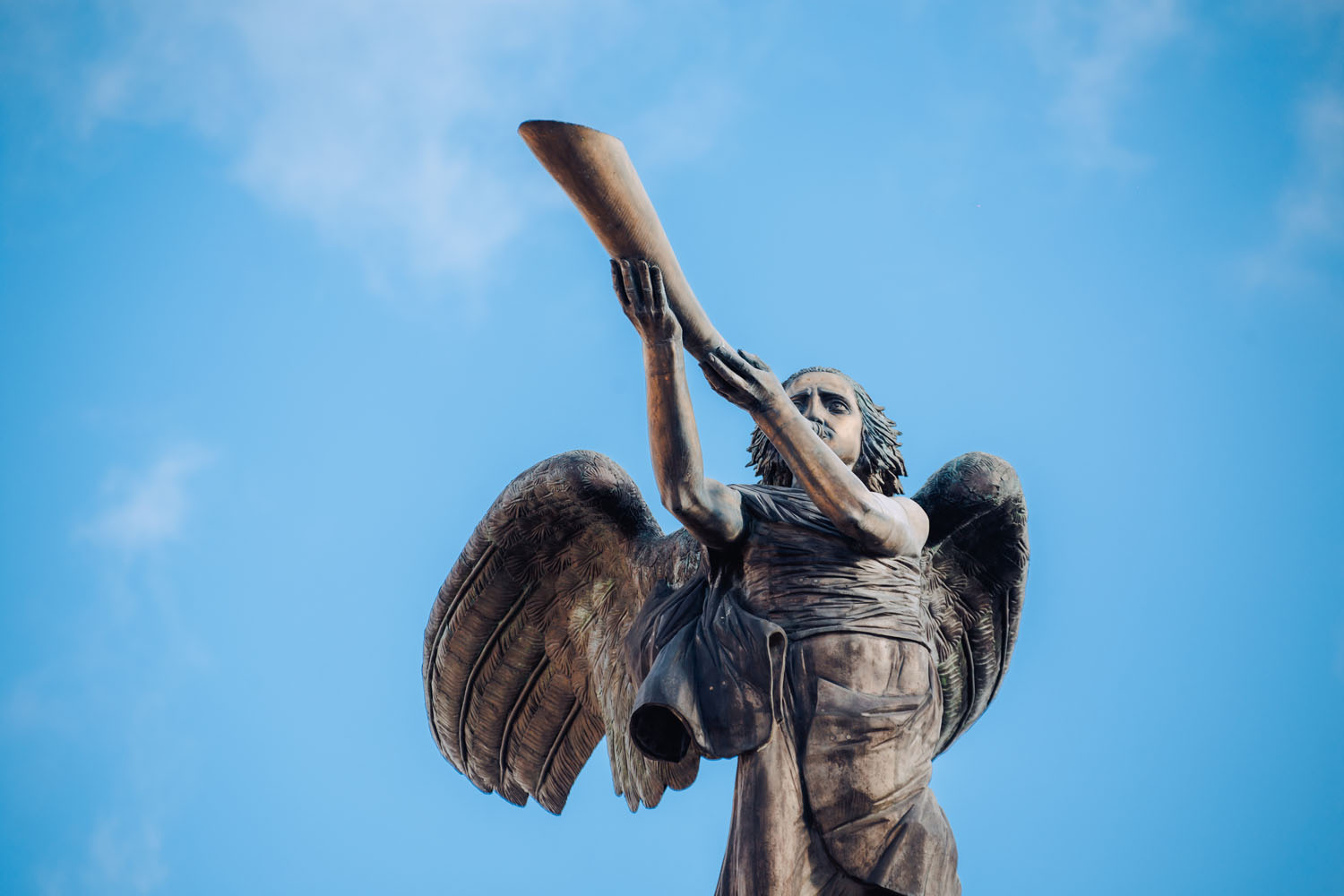 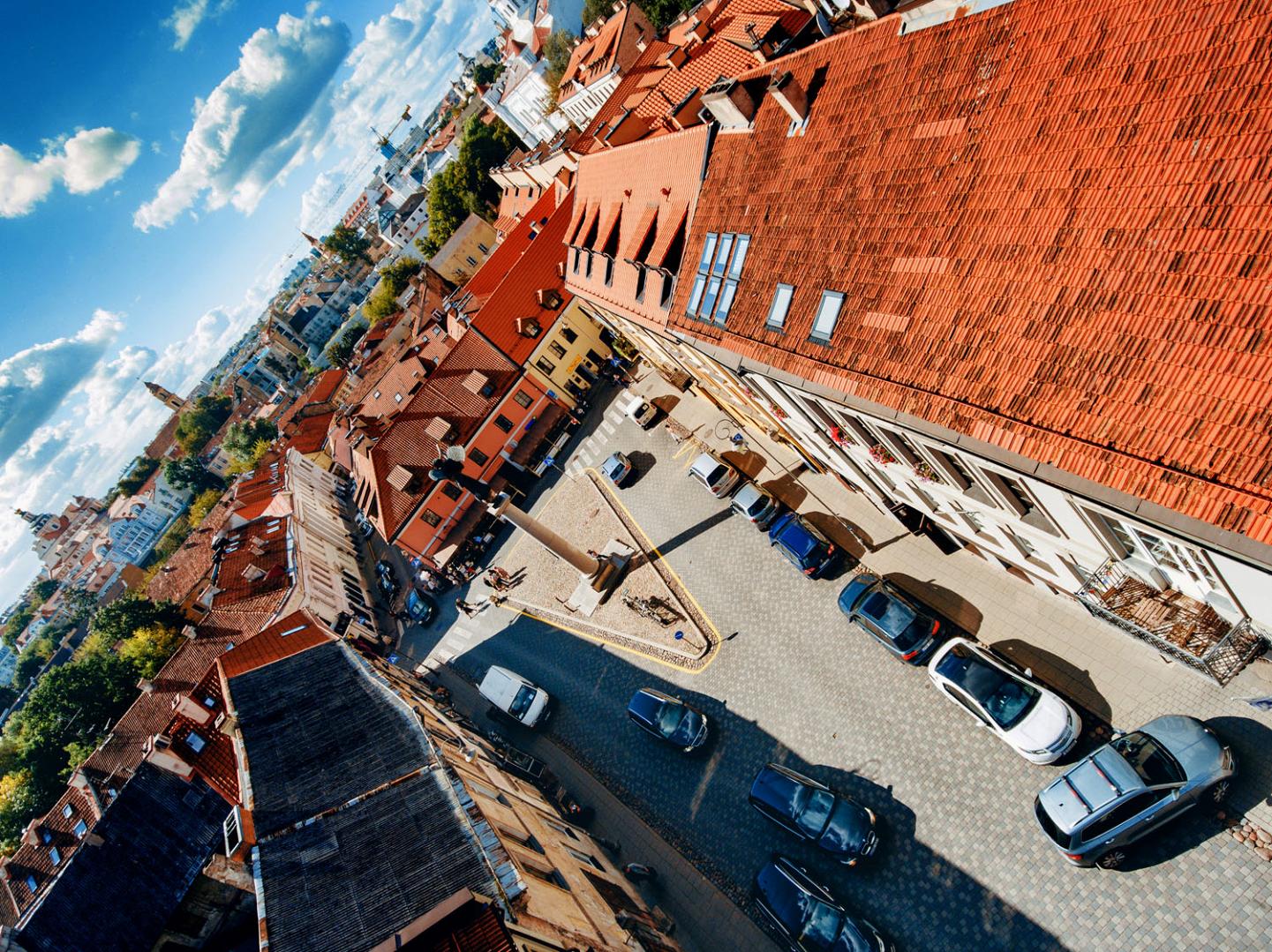 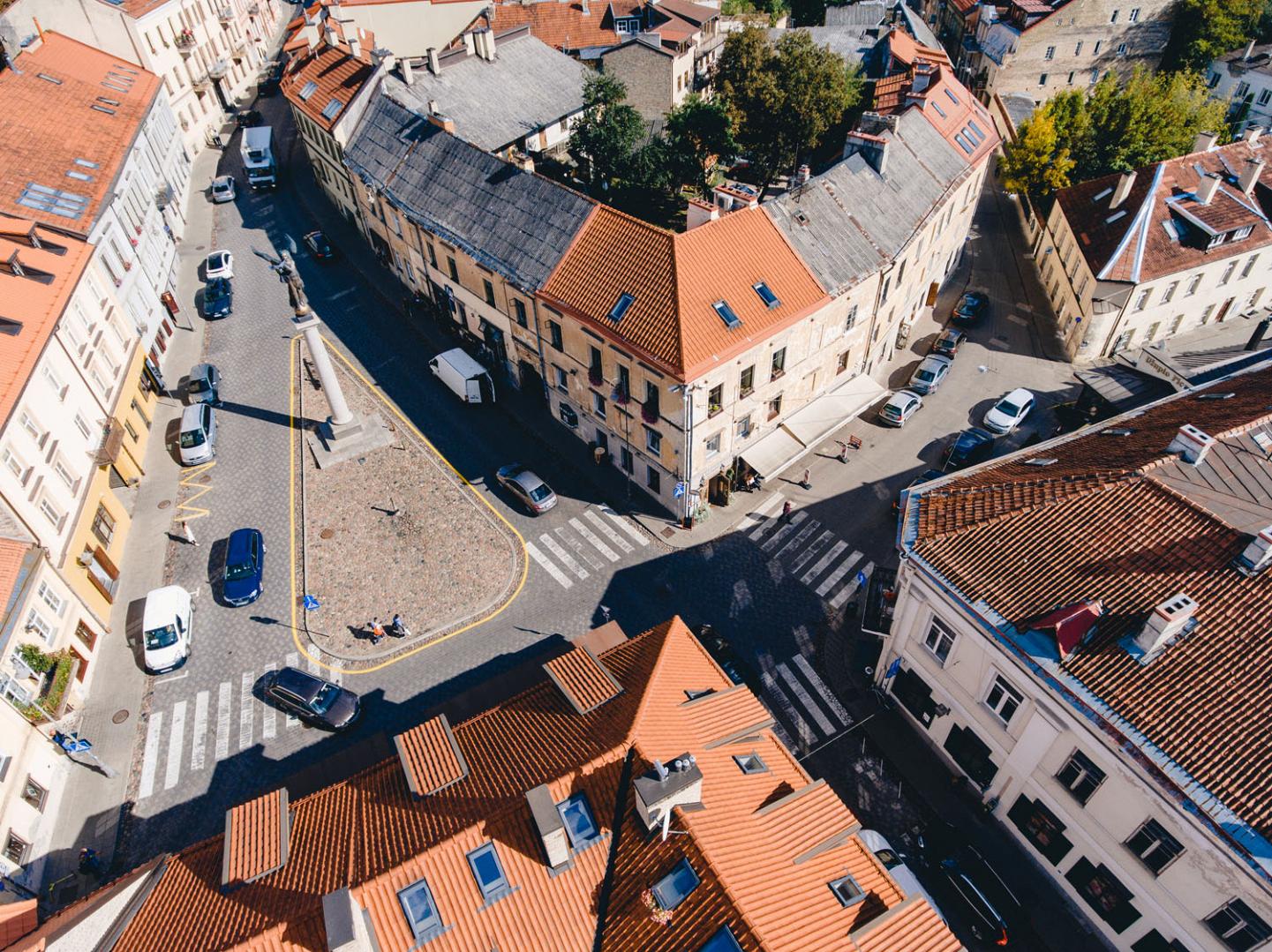 Užupis is sometimes compared to the Paris Montmartre district or the Copenhagen’s Christiania. However, locals per-sist that Užupis is similar only to Užupis. And its centerpiece is The Angel of Užupis. This sculpture is inseparable from the district’s history. The territory that is now known as the artists’ republic, has previously been a gloomy, and certainly not prestigious, place for a long time. However, as soon as the first artists moved in, it started changing. Communities were being established, house facades were being restored, the streets and cultural life revived. One member of the community was extremely successful at gathering newcomers-the painter and cartoonist, director and animator Ze-nonas Šteinys. According to other artists, he was the spirit of Užupis. Therefore, when he passed away, the community almost immediately decided to build a monument dedicated to him. Symbolizing the spirit that gave the district a new life, an angel statue emerged. This angel blows a trumpet, announcing the revival of the area and artistic freedom. Oh, we forgot to mention that the Angel of Užupis had hatched from an egg! You don’t believe us? See for yourselves! We saved it and placed it in safety 1700 steps away.