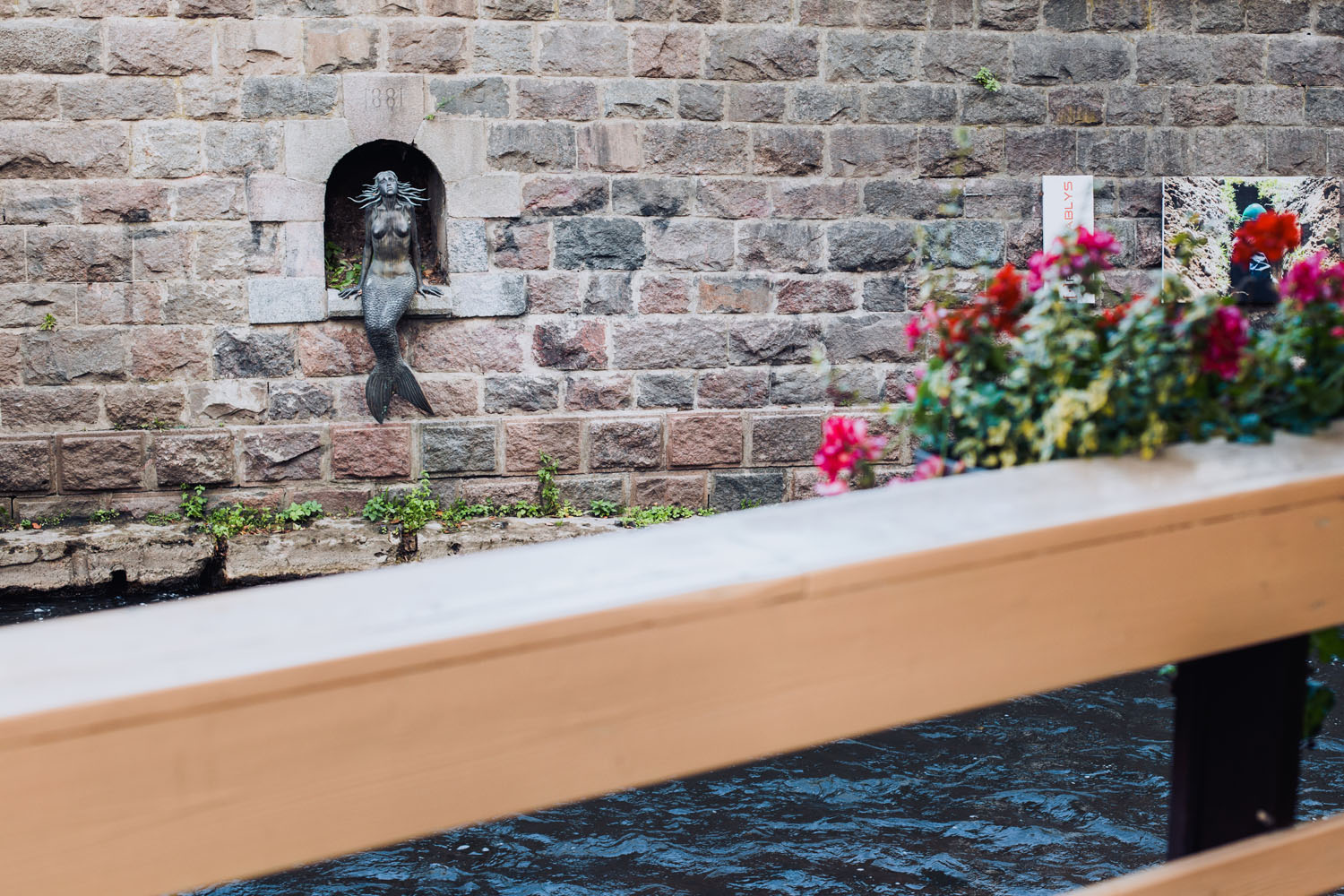 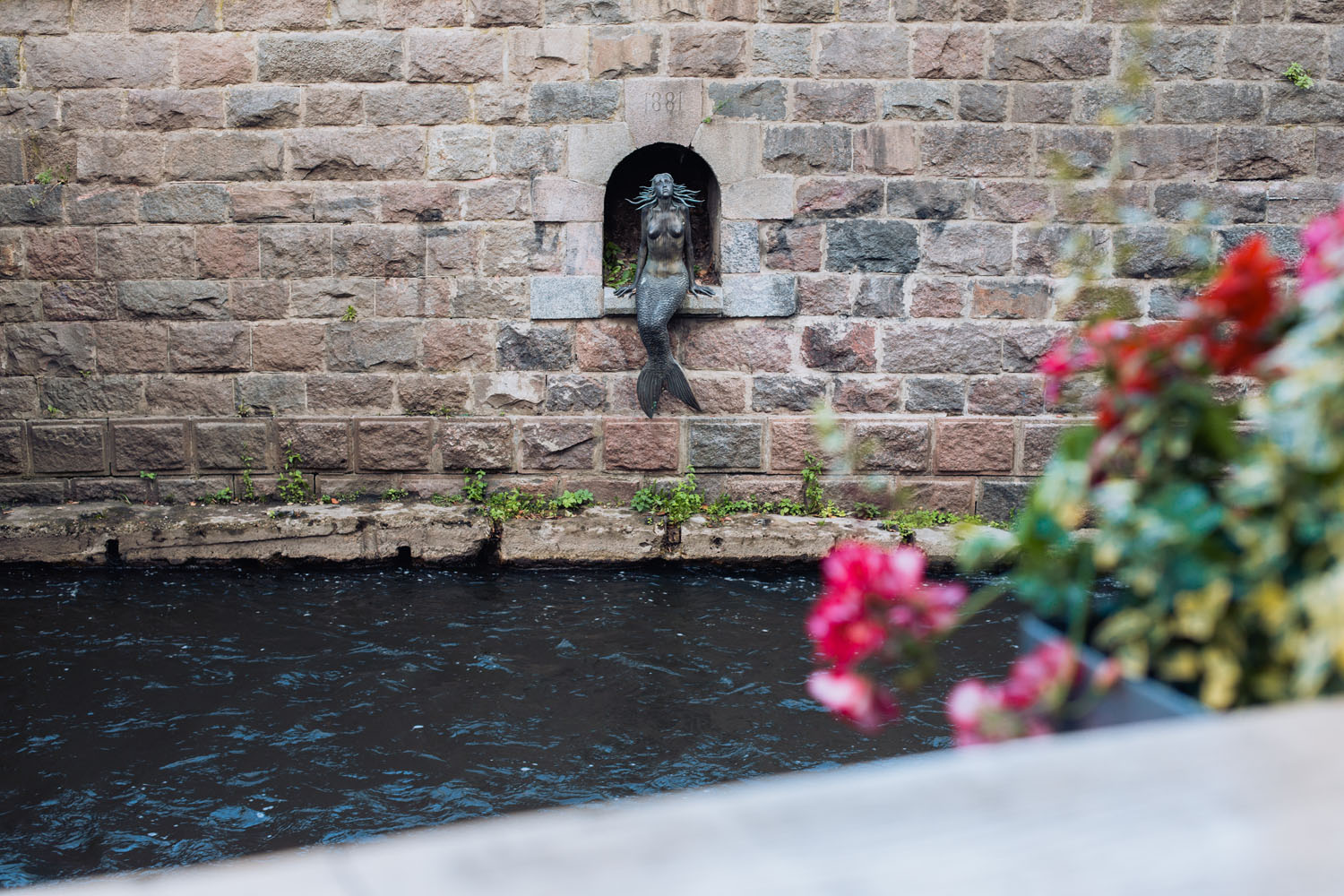 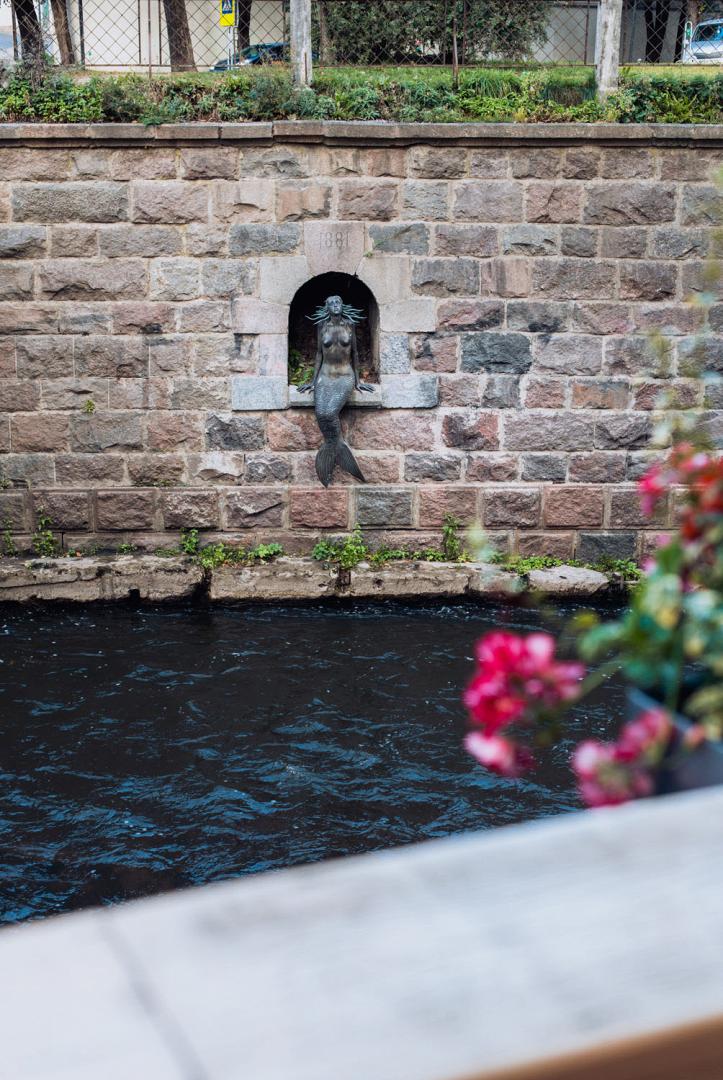 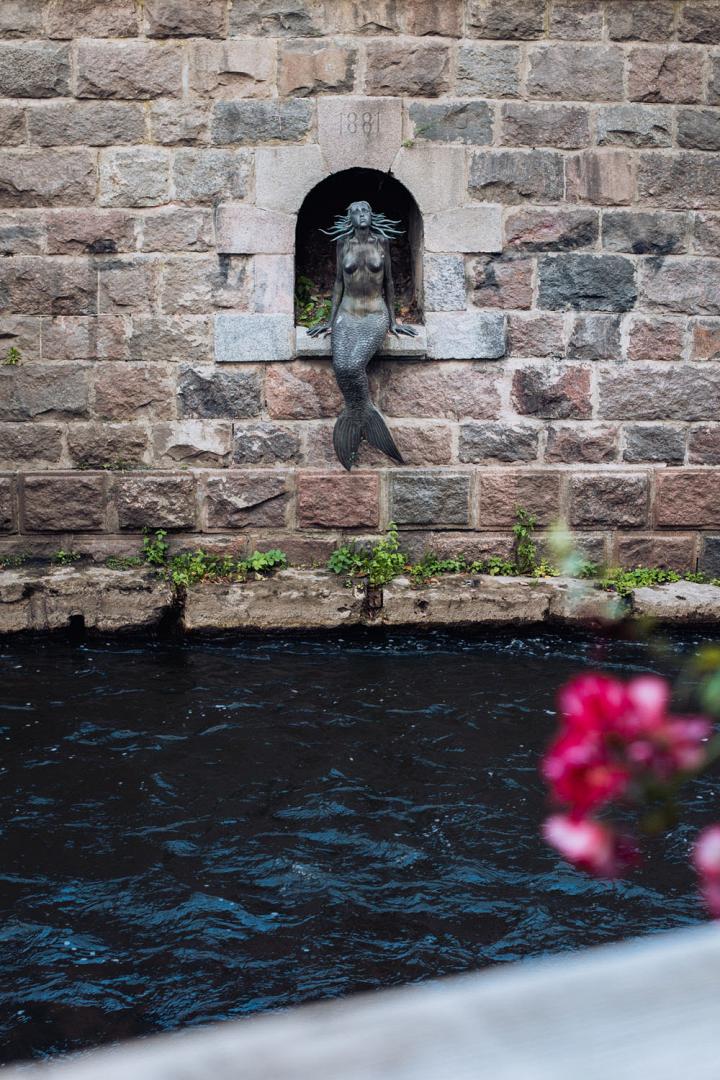 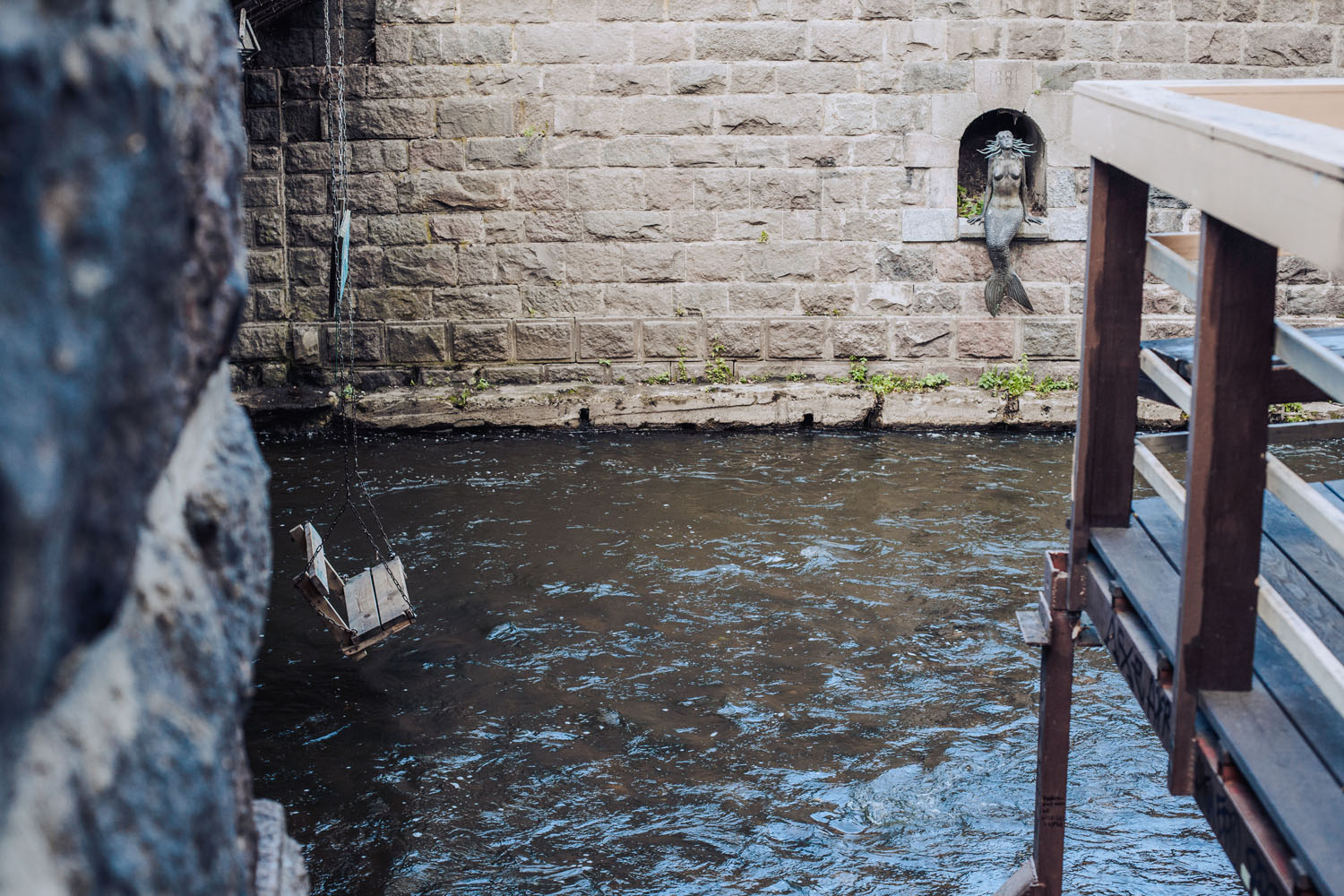 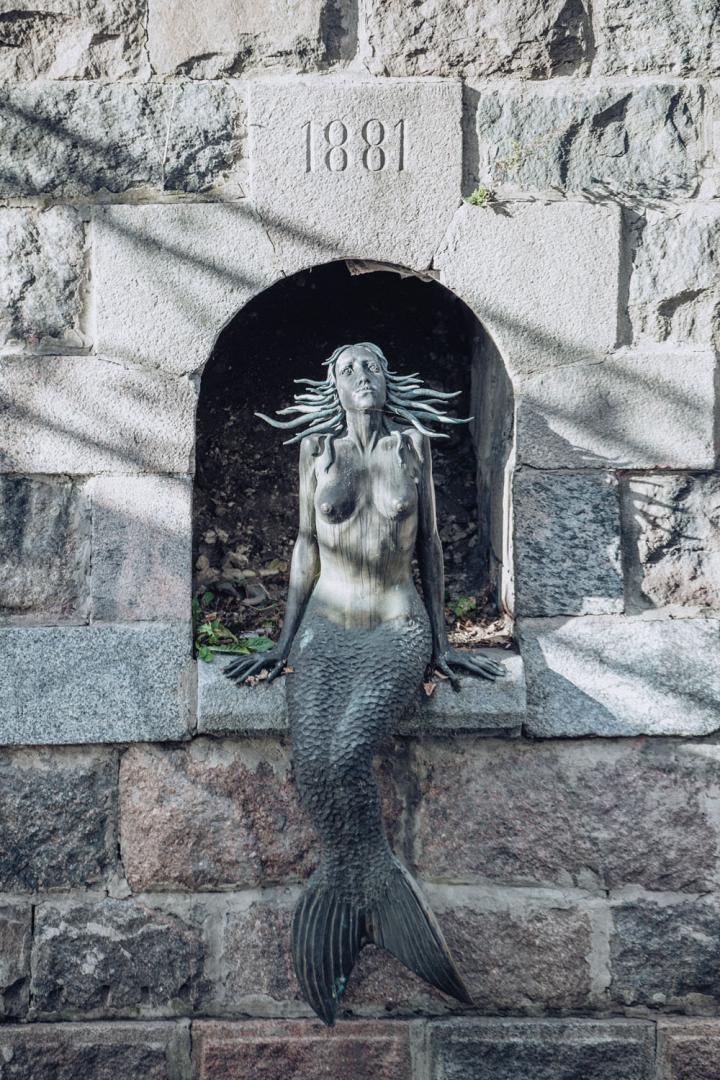 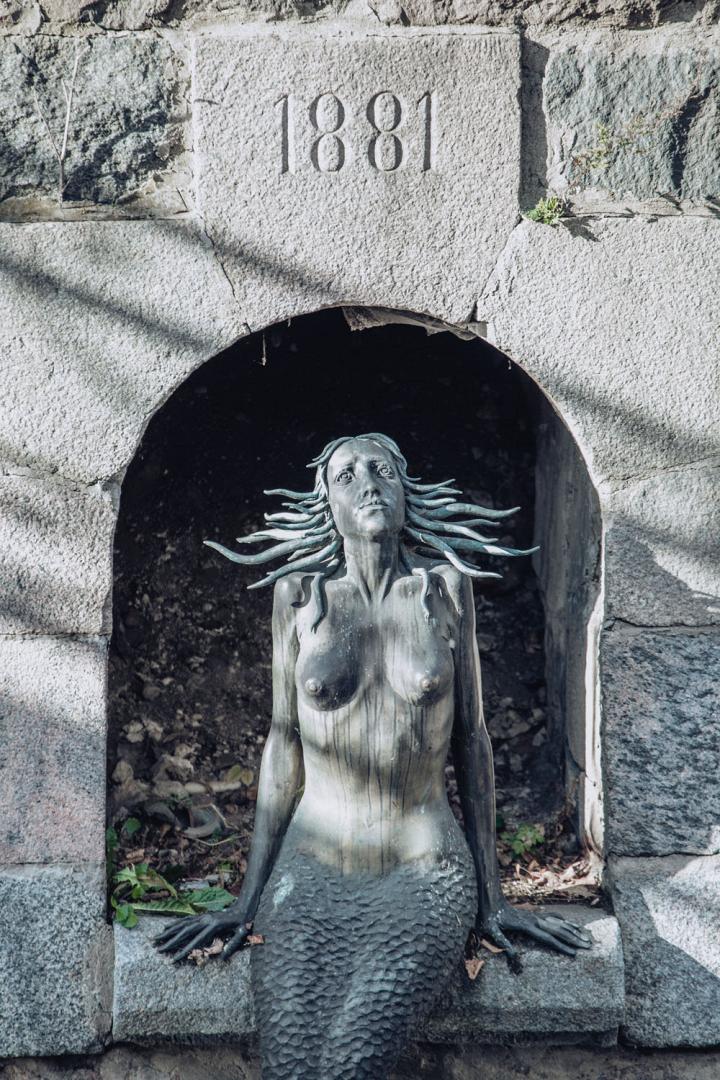 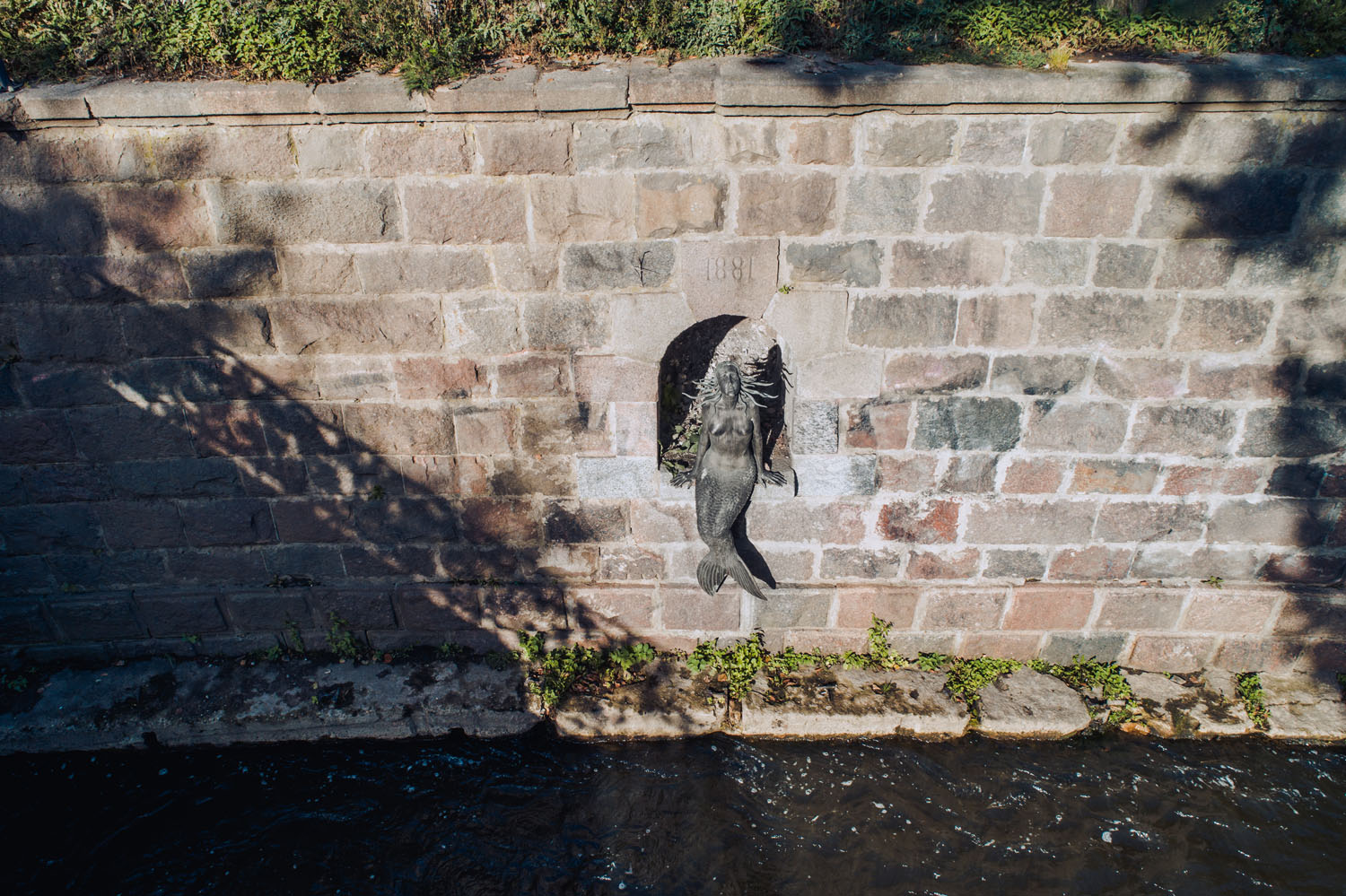 Let’s discuss what people are talking about! It is said that looking down is a sign of sadness, indignation or even shame. And yet, citizens of Vilnius are saying the opposite- do not be shy and look down, our city hides many unexpected discoveries. One of them is the Užupis Mermaid. The bronze mermaid, also known as the lady of Užupis, sits in a niche of a Vilnia riverbank. According to legend, it is she, that attracts people from all over the world to Užupis. And those who can’t resist her spells, remain in Užupis forever. So, in a nutshell, go to Užupis and half-way over Užupis bridge, look down at Vilnelė. If you can not see the mermaid, she is probably on the other side of the bridge. If you have crossed the bridge and still can’t wave at her, you are probably standing on the wrong bridge. Look for the bridge with countless locks hung on its rails. Given that this bridge is short, it is easy to carry a bride over it, and the place is very suitable for wedding photos, hence the abundance of locks. Now, it can be said that this is the central gate to Užupis. We hear that just 270 steps will take you from here to the Angel of Užupis.