The Hill of Three Crosses 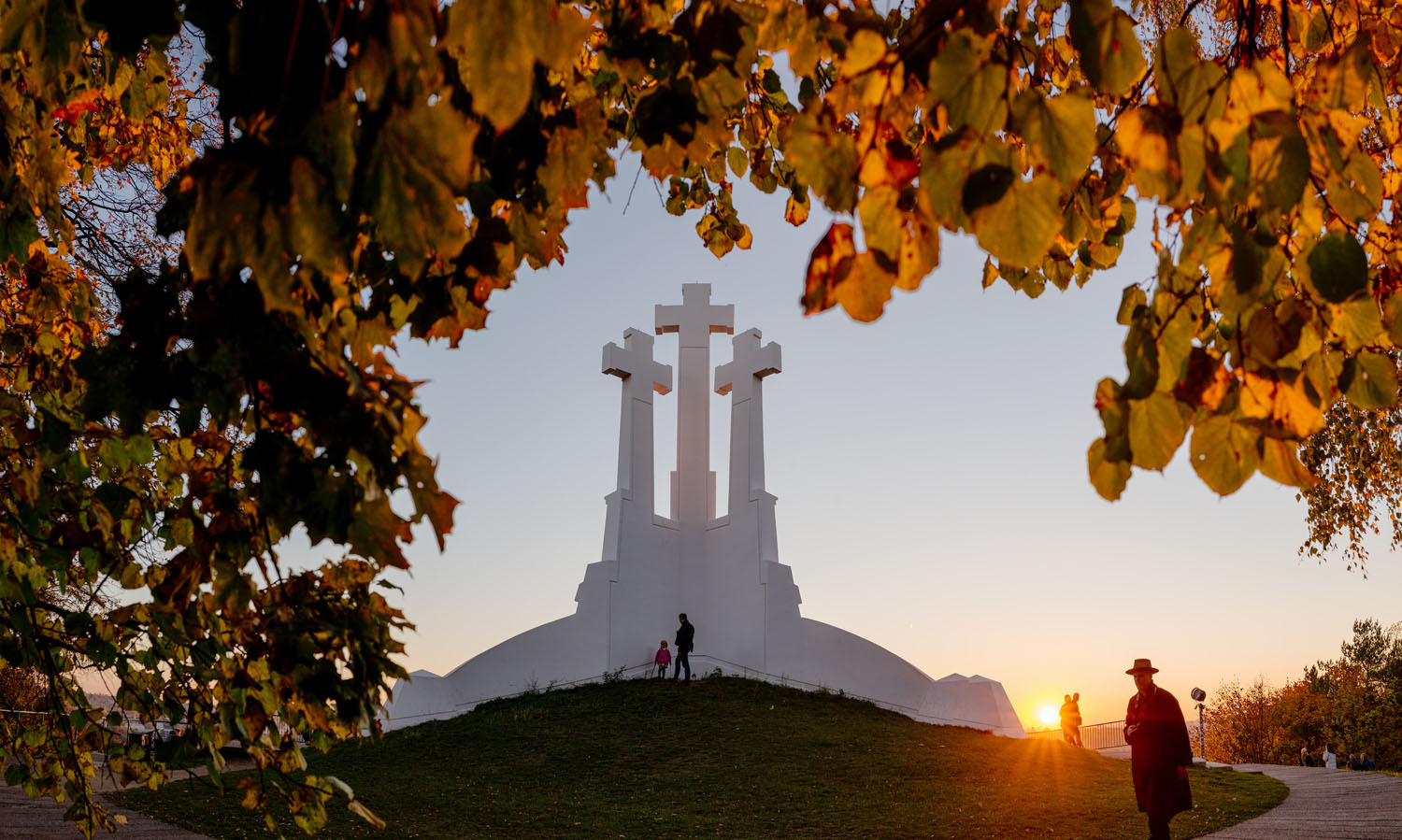 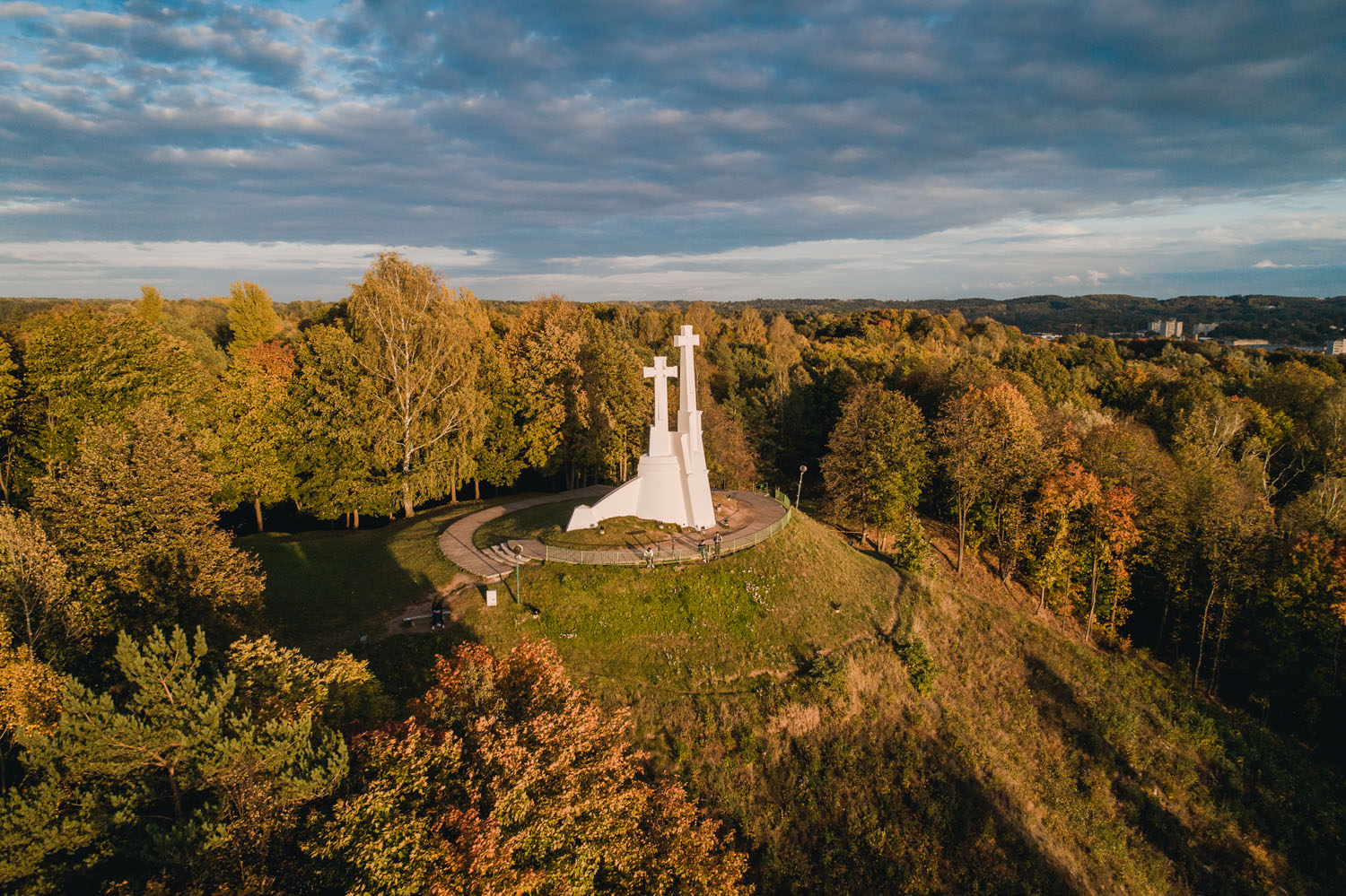 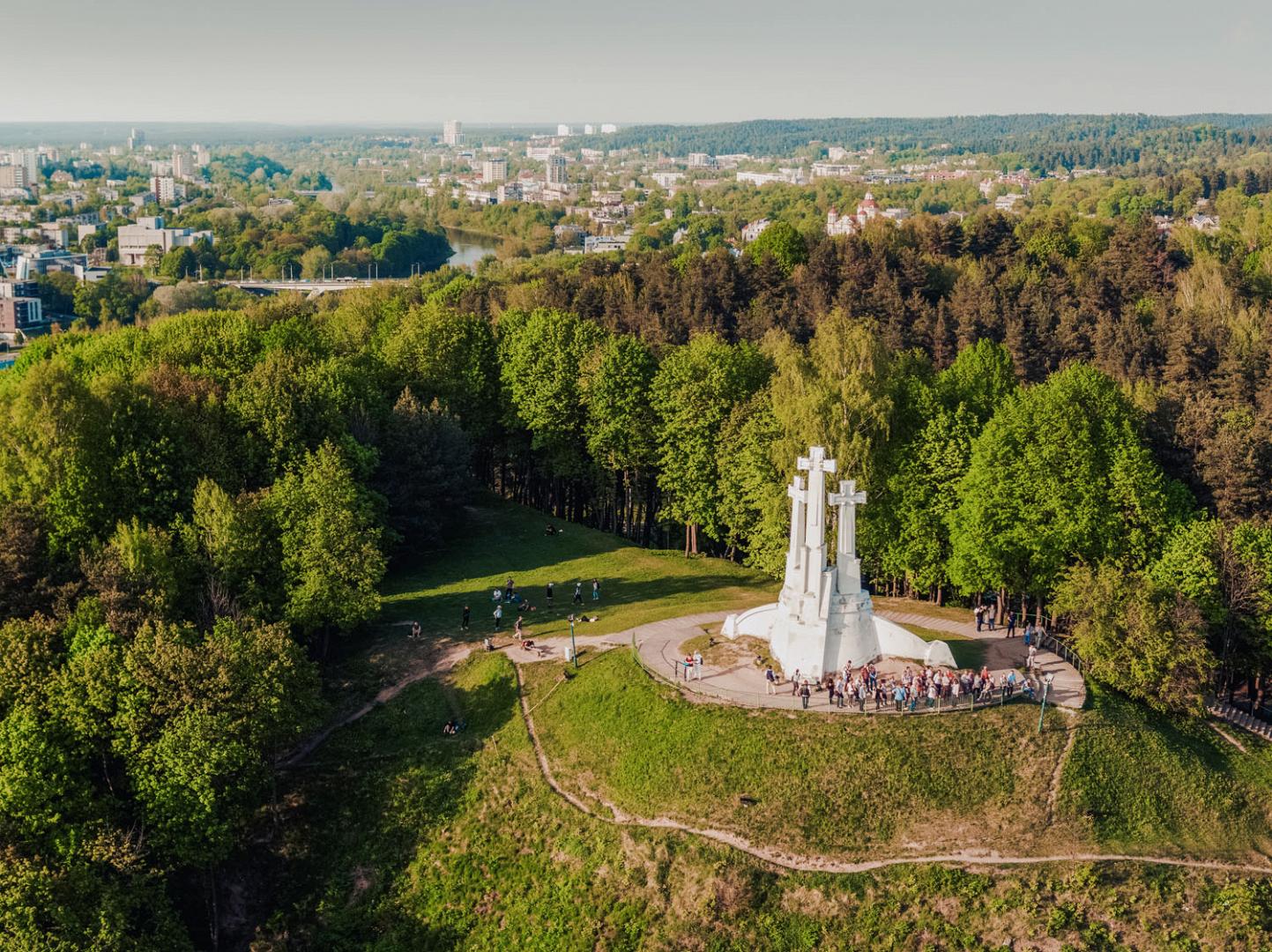 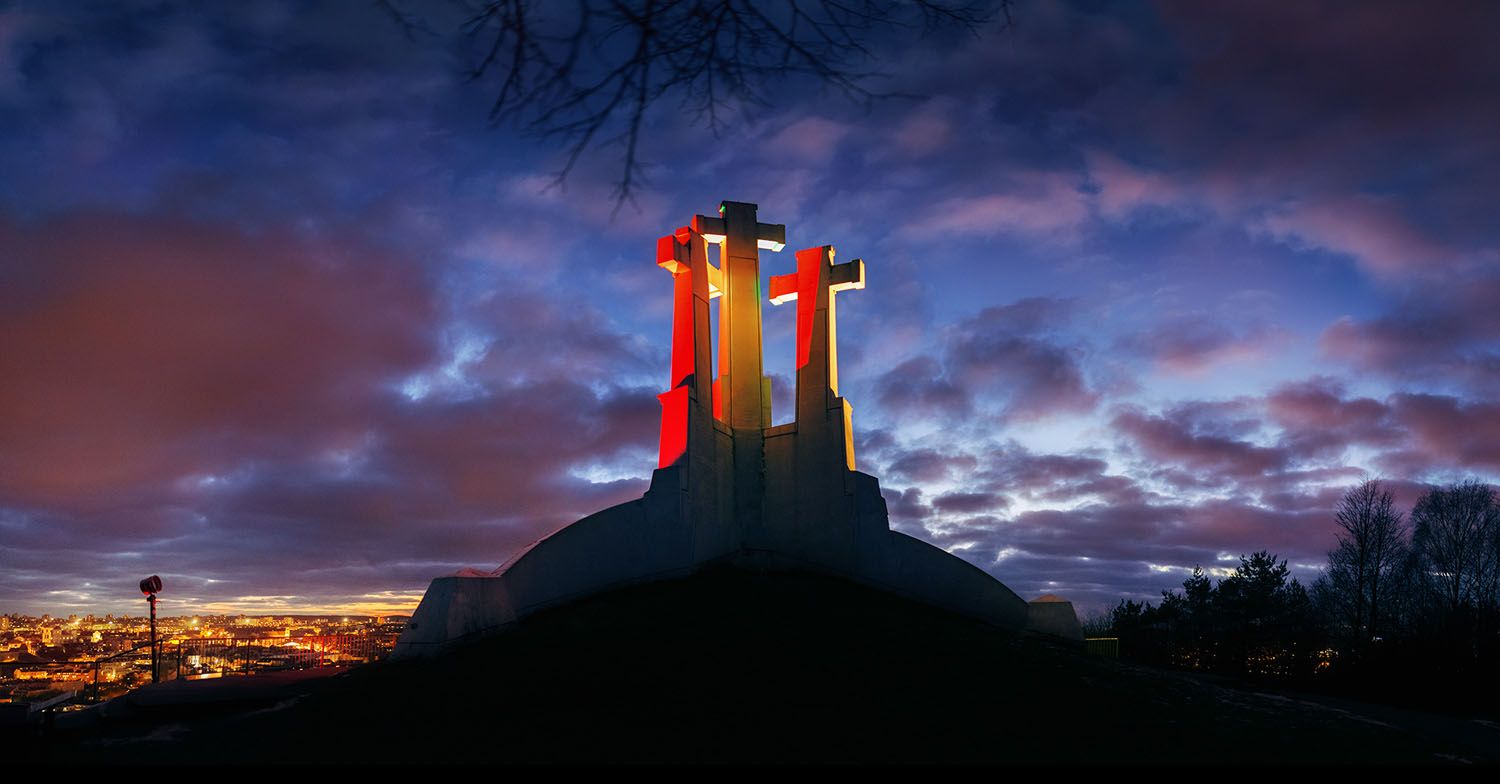 Atop one hill stands Gediminas Castle, and atop another- three crosses. This place is known to the residents of Vilnius as the Hill of Three Crosses, precisely because of the monument standing on it. The three white crosses, silently over-looking the Old Town of Vilnius were erected here during the Second World War and are now considered a symbol of our national identity as well as that of resistance to occupation. There are two legends about their origin: one of them claims that it is a memorial to the Franciscan monks who died in torture during the XIV c., while others say it is a mon-ument to Magdeburg’s rights having been granted to Vilnius. But one does not need a historical reason to visit here, as the magnificent panoramas of the city opening up at the top of this hill are enough. Take in the beauty of the city, while being surrounded by silence and peace, and if you fancy a yet another perspective, descend, cross Vilnelė river, and head to the top of Gediminas Castle Hill. 800 steps will get you there.

Route: Vilnius in the Palm of Your Hand

The most stunning panoramic views of Vilnius

3
6037
5
Back
Next Place
Church Heritage Museum