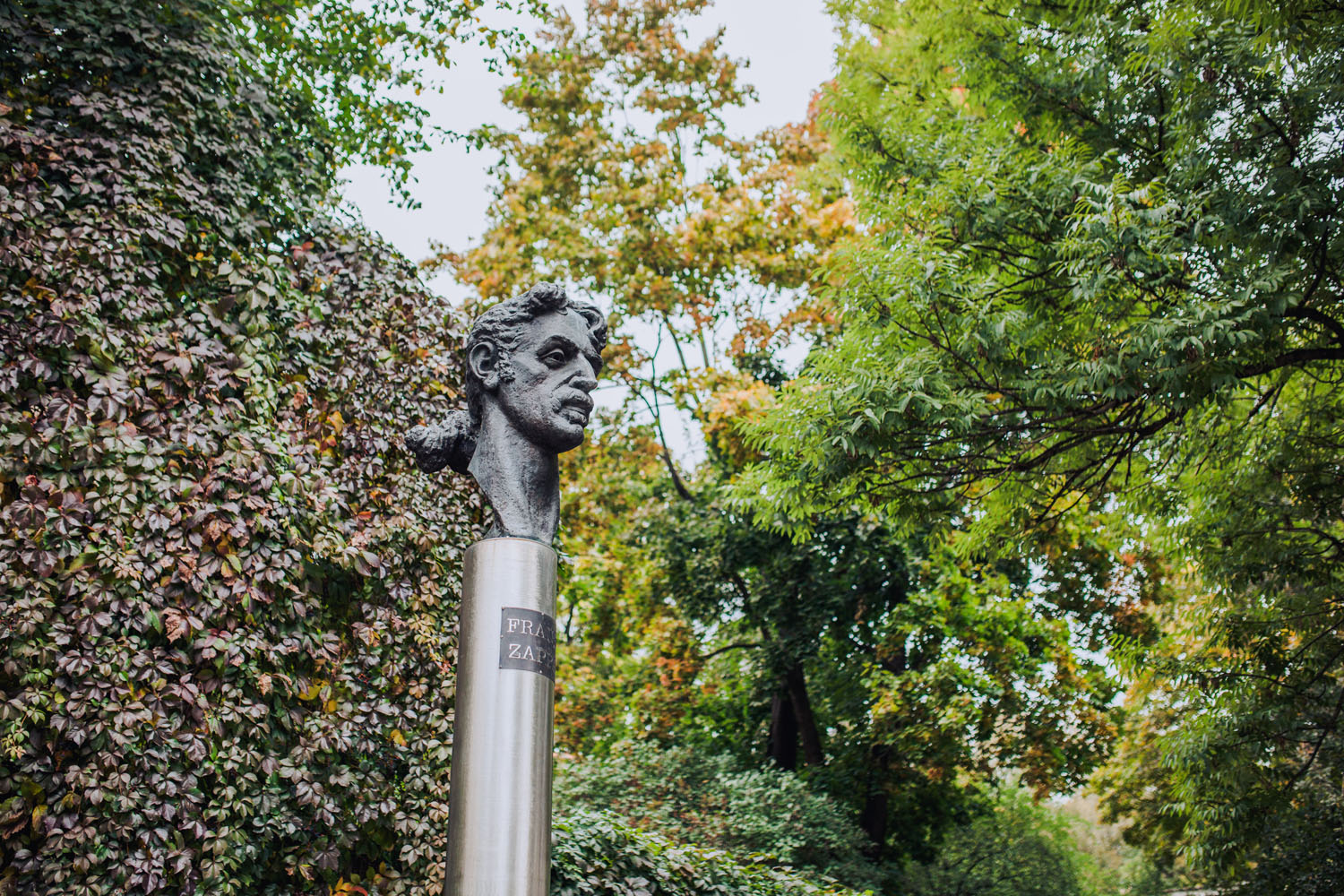 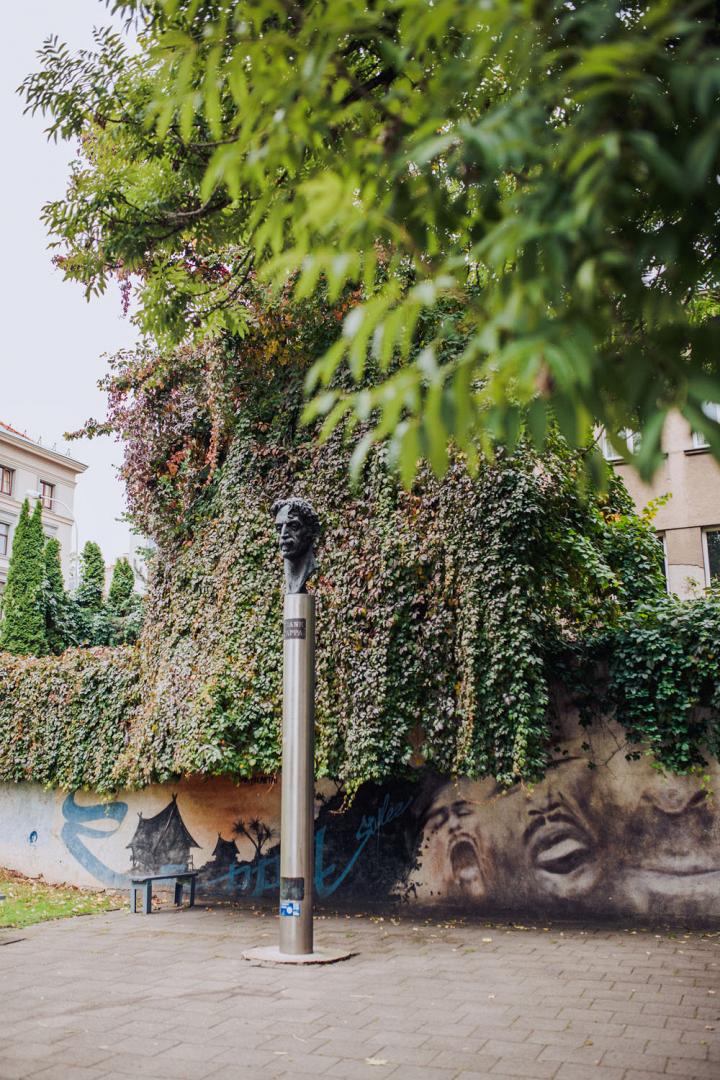 Frank Zappa has done nothing special for Lithuania. In fact, he has done nothing whatsoever for Lithuania and / or Vilnius. He has never even been here. And yet it is precisely here, that the first Zappa sculpture in the world stands.  Yes, the first one in the world. If you are now thinking that we Lithuanians are somewhat crazy- you are right. We understand ourselves how ridiculous it sounds. So why would we go ahead and do such a thing? It was, in its own right, a symbol of democracy to the yet fresh Lithuanian Republic, having recently claimed back its independence. It was a sign of freedom of speech and creativity, marking an absence of censorship. After all, no Americanisms or Western culture were allowed in during the Soviet times. And so, the artists of Vilnius came to a decision that the individualistic American rocker was exactly what we needed. Why not? What does the legend himself think of this? Truth to be told, we have no idea. We did not make it to ask. However, his son was charmed by the enthusiasm of the Vilnius folks and believes his father would have loved this anecdotal situation. Now, do you think this is the only sculpture dedicated to a foreign artist? Oh no. We have one for John Lennon, too. And while you are making the 1800 steps towards it, try guessing if Lennon has ever paid a visit to Vilnius?