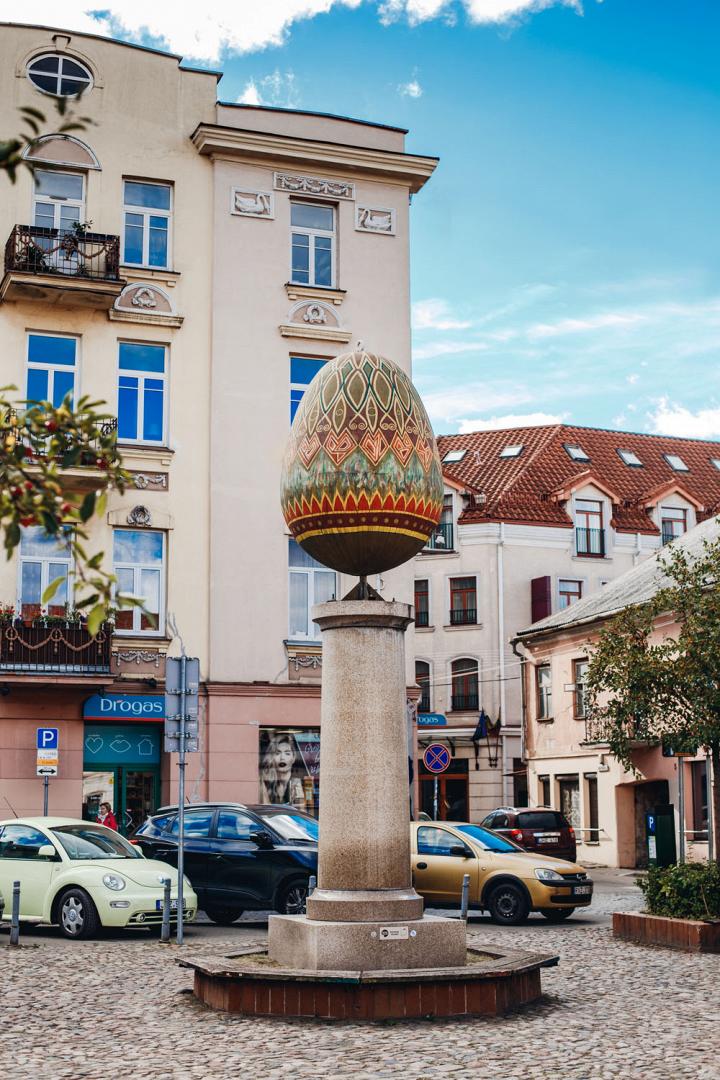 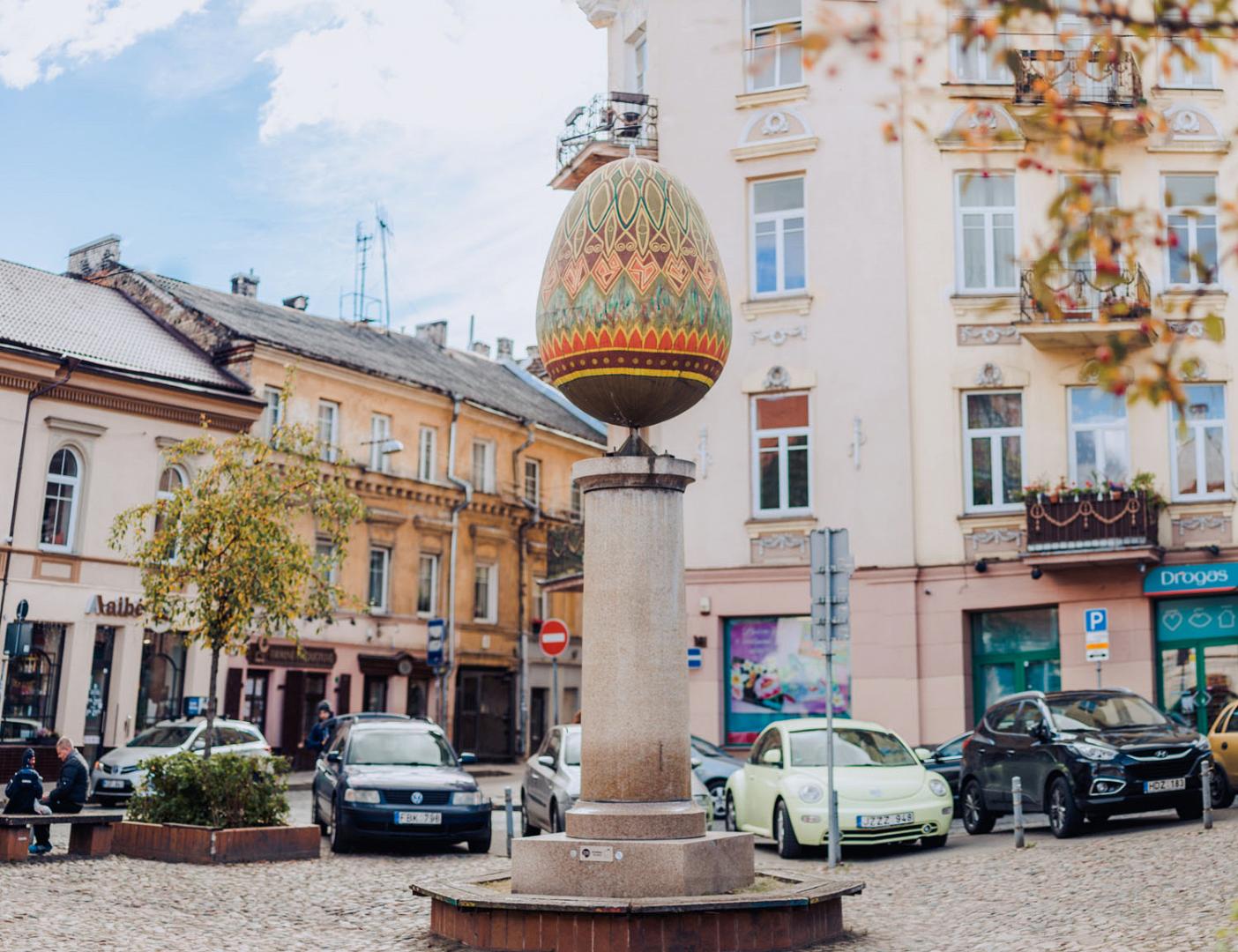 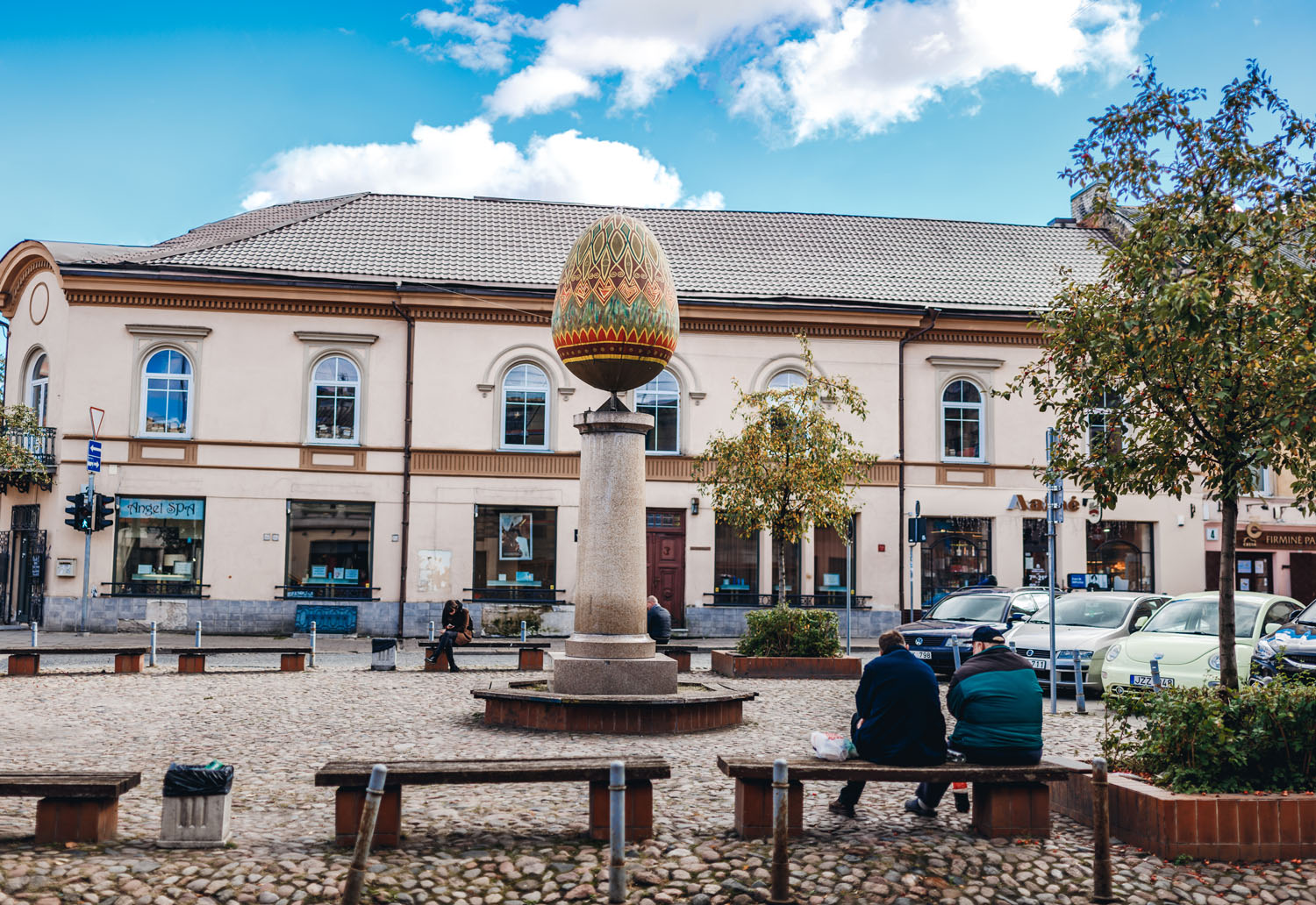 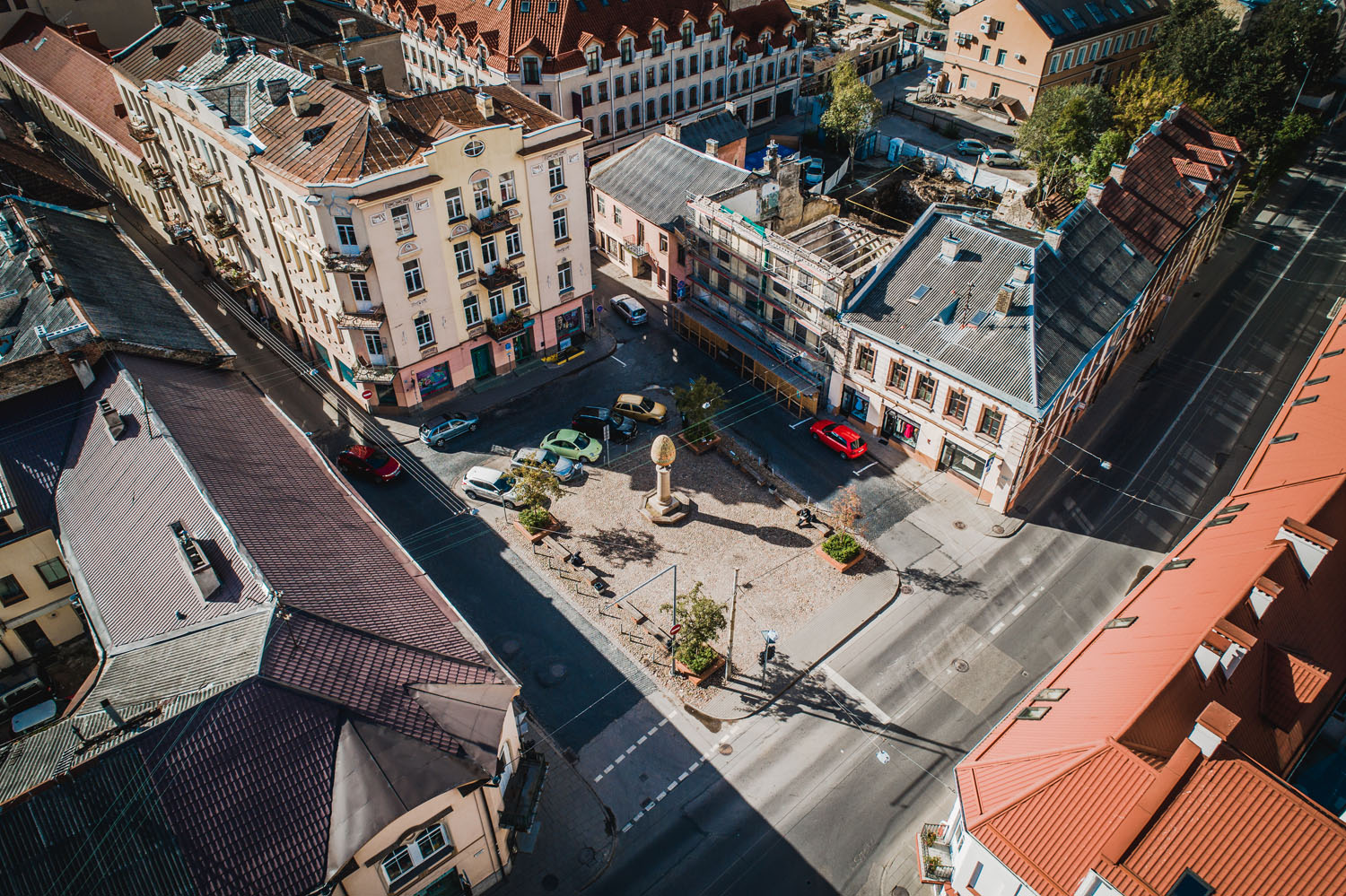 Normally, we only see Easter eggs around Easter. Normally. But who likes things normal? In Vilnius, the rather large Margutis greets passersby all year round. Alright, we admit it was only supposed to stand in public temporarily. It was erected in 2001, as a symbol to the revival of Užupis and in anticipation of the actual sculpture. See, during this time, funds were being gathered for the already-in-process Angel of Užupis statue, which was supposed to “hatch” from the egg. However, having had Margutis around for a whole year, people grew fond of it and got attached to the unusual sculpture. Hence why in 2002, when the Angel sculpture was revealed, Kiaušinis was moved not back into the void, but merely another location- a small square at the crossing of Šv. Stepono, Pylimo and Raugyklos streets. Here, it was a perfect match to the always lively square surrounded by eclectic buildings. True also, that an Easter egg would not live up to its name, if there wasn’t always someone trying to roll it away. Even now, some Vilnius citizens are trying are trying to protect the monument staying as it is, while others are in favor of a new project, that would be implemented in place of the good old Kiaušinis.

2
7086
8
Back
Next Place
Zemach Shabad Sculpture