Culinary Traditions of the Crimean Karaites 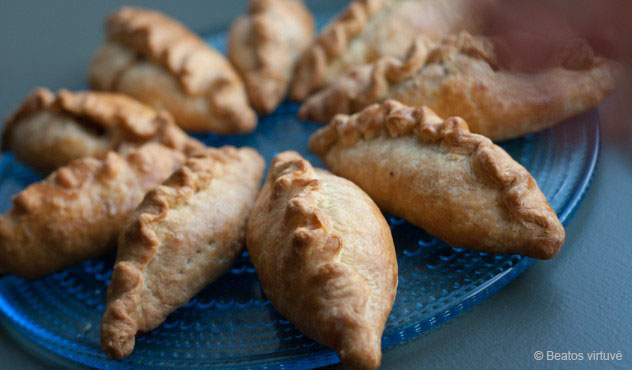 In our opinion, a wonderful place to start getting acquainted with the Karaites is at the table. Who doesn’t like a good meal? The Karaite cuisine is mainly based on pastry and meat dishes, but vegetarians would not go hungry, either. Few people know, but it was the Karaites, that first started to grow cucumbers in Lithuania and introduced humus to the locals. At once, we have to mention that Karaites do not like being compared to the Jewish or Muslims. There certainly are similarities, so why not seek them in their foods and religions? But, who enjoys being compared to others? Instead, let’s simply enjoy the exclusive Karaite cuisine. Its unique feature is that the first and second dishes are one. Such as dishes made of flour and meat, taken with broth, that are likely to have you loosen the belt a notch. Our recommendation? The citizens of Vilnius would agree on kibinai. These are crescent-shaped yeast dough pies with chopped lamb or beef stuffing, baked in an oven upon on a tin tray. A true Karaite would rather stay hungry better than eat one with pork- Karaites do not eat it altogether- or minced meat instead of chopped. After trying kibinai or another traditional food, you can continue getting to know the Karaites in Trakai. It is in this city that they even have their own house of worship- kenesa. And while visiting Trakai, make sure to see the Trakai Castle. 600 steps will take you around it.